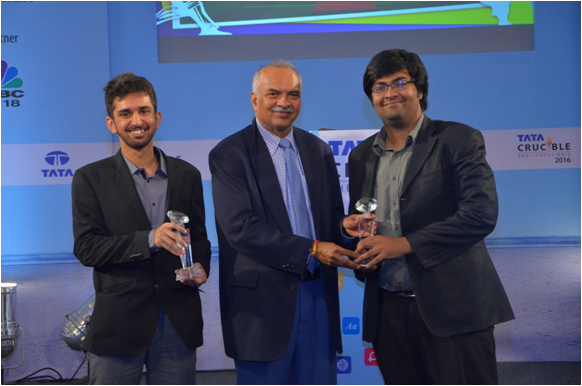 The northern terrain of a Tata Crucible spans across 9 cities, but over 15 cities are actually part of these 9 shows that makes a big difference, with top colleges preparing for many months to get to the Northern zonals. The nine champions who made it this year were:

The North zonal was fast paced with all teams equally capable and keen to progress to the national final. The early phases of the quiz did not give great clarity except for the duo from Amity University who carried their form from the Noida final to this stage. They seemed so well prepared that it was soon a question of who would join them in the national finals.

While most teams tried to accelerate, it was the young team from Ashoka University who showed resolve and coupled it with very clever half chances which paid off. The two universities that made it are both debut finalists at the national stage, observed quizmaster Pickbrain.

Mr. Sanjay Singh of Tata Sons was the guest of honour. He congratulated the teams and underlined on the fact that the quiz had grown from being a mere 8 city event to a national movement for the youth across 36 locations, giving many youngsters a chance to be a part of the national event.