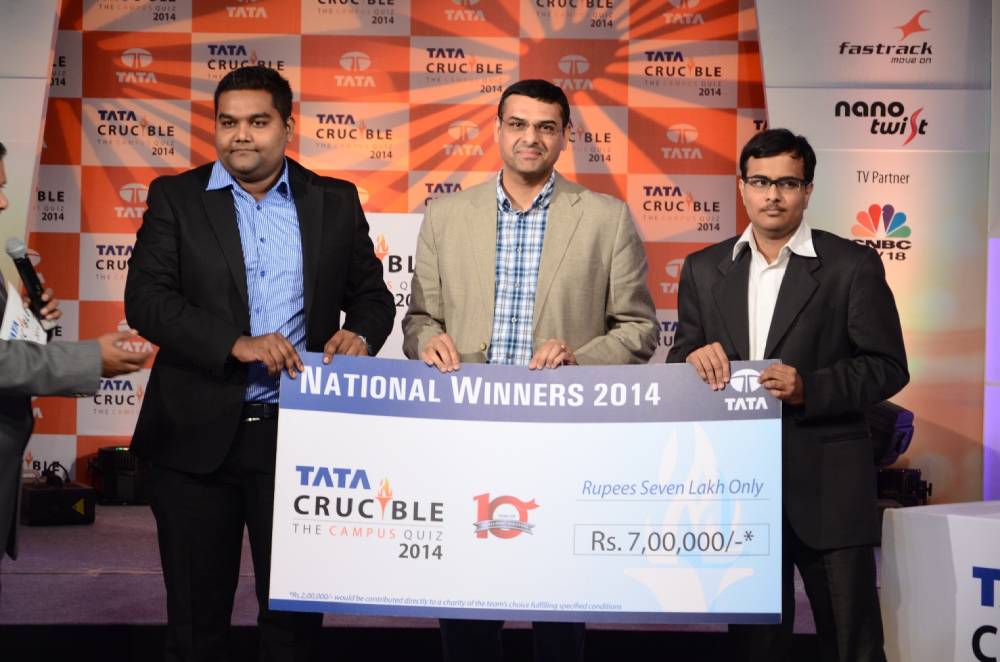 Three nations. One Champion. The stage was set for the big international finale of Tata Crucible 2014 for campuses across India, Singapore and UK. An air of anticipation filled in as teams braced for the moment to unfold.

The early rounds of the quiz were fairly even as all the teams looked equally good and capable. The visuals were tough but teams did manage to come up with well thought out answers that stumped both the quizmaster and the audience. As the quiz moved from one round to another the pressure started to build up though quizmaster Pickbrain in his customary fashion did try to ease things with his wit and wise cracks.

The quiz went into the final round with as many as five teams with a chance to clinch the title and on the final question it was a deadlock between the duo from the Univ. Of Strathclyde and KIIT Bhubaneshwar.

As the deadlock stayed the quizmaster deployed a sudden death tie breaker and that saw the young KIIT team clinch a memorable international title.

The guest of honour Dr.Mukund Rajan, the Tata Brand Custodian appreciate the teams for a fantastic display of brilliance and underlined how easier access to information had paved the way for youngsters to be far more informed.