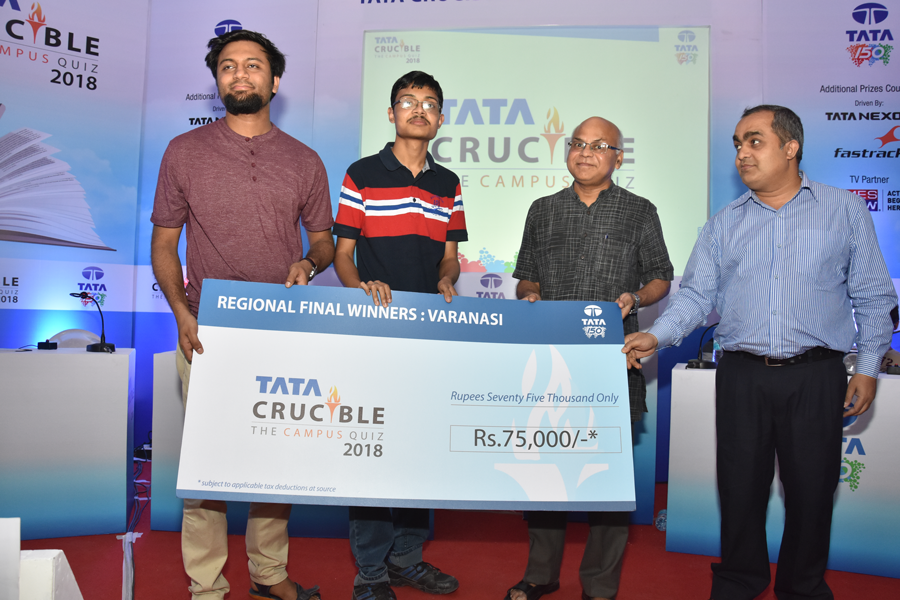 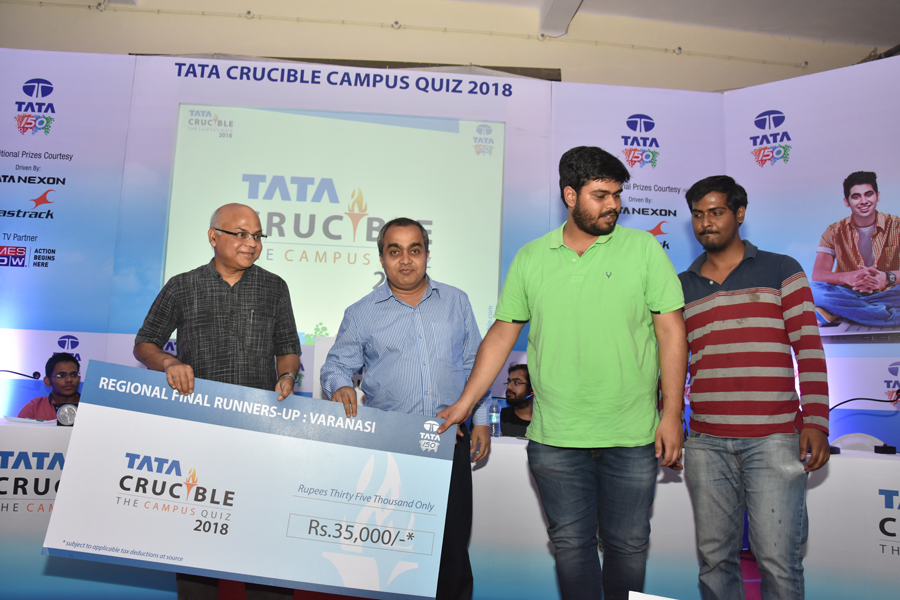 The historic city of Varanasi came alive as it witnessed a keenly fought prelim, hosted by Ms. Rashmi Furtado, where teams preferred no additional clues and backed themselves to crack the tough ones. The fast tempo set by the quiz host pushed teams to think on their feet. The teams that made it to the final were:

The finale was co-hosted by Ms. Rashmi and Pickbrain. It was a very competitive battle from the first question. Teams from IIT and NIT were all locked in a tight contest. The second half of the quiz was where it became a two-way battle with NIT’s Saqib and Siddharth and IIT’s Yash and Ankit.

In the final phases of the quiz, IIT made a few mistakes that knocked them back and in the meantime the duo from NIT capitalised and went ahead, widening the margin between the teams. The IITians had to settle for the runner up title, while MNNIT registered their first ever win at Tata Crucible.

The guest of honour Prof. A. K. Tripathi, Dean Alumni Affairs, IIT BHU congratulated the teams and gave them their cheques.