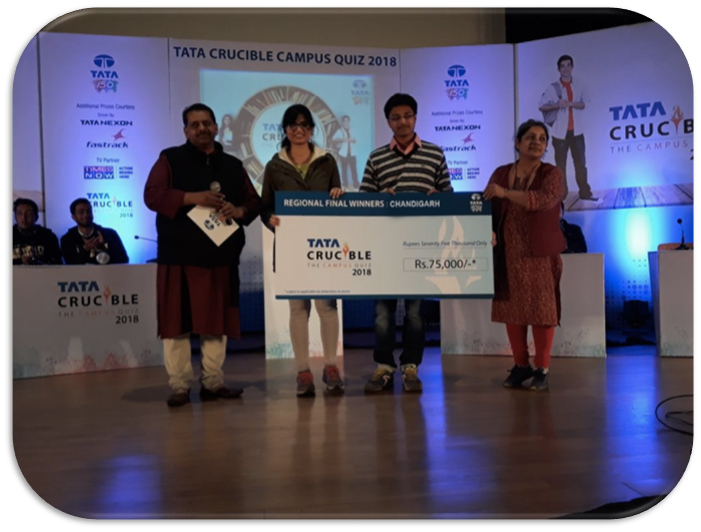 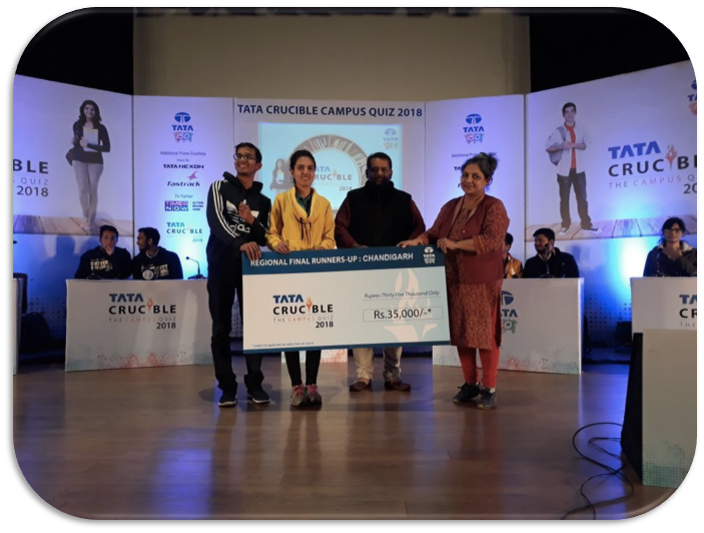 It was a day not just Chandigarh had been waiting for. It was in a sense something the whole nation was tracking, given that the format of the quiz is something most quizzers want to know before the nation-wide quiz reaches their city.

The keenness to be part of the biggest campus quiz was evident as teams came in a good two hours before the show. A very interesting prelim led to the final six.

As the final questions unfolded it became a two-team battle between UIET and Thapar Inst. The latter went for the final poser and got it right to clinch the title for their college and march into the zonals.

The guest of honour Dr. Sudeshna Sinha, Dean Faculty, IISER congratulated the teams and gave away the prizes. She advised them in a crisp speech to try and have fun in everything they do.