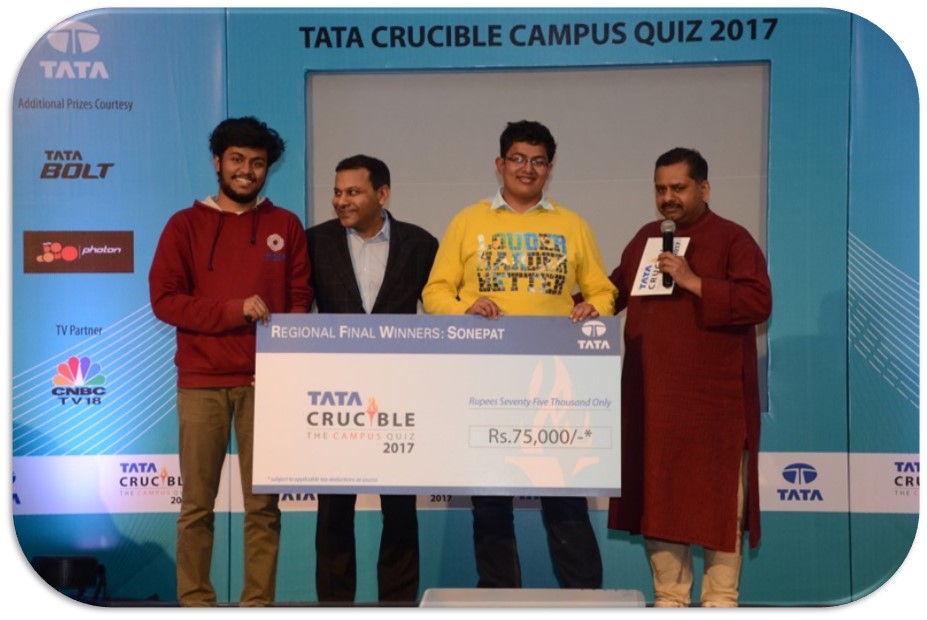 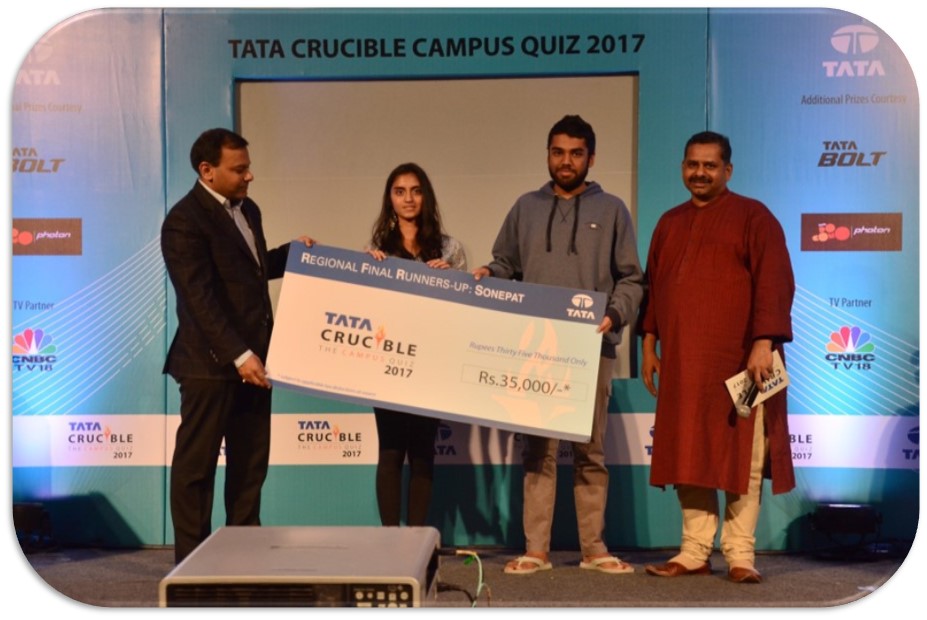 Over 140 teams and the Sonepat audience were all set for their first edition of the quiz. Quizmaster Pickbrain presented an interesting mix of questions for the prelim. After the prelim the following six made it to the final.

The final was absolutely riveting. Teams exchanged lead positions right through the quiz making it an edge of the seat entertainer. The IIM duo along with teams from Ashoka University were at it till the final segment. It was however the Ashoka team of Apuroop and Mayukh who were just ahead of the rest.

It was a thriller with one question to go and the team of Shivangi and Samridh cracked the last question to draw level with IIM and opened up a bonus question. If they had taken the plunge on the bonus they could have won the quiz beating their college mates Apuroop and Mayukh, if they had got their bonus question right. They did not take the risk and played out a tie breaker with IIM, which they won comfortably to bag the runner-up title.

The guest of honour, Mr. Vineet Gupta, Pro Vice Chancellor, Ashoka University appreciated all the teams and advised them to take their chances in life to be able to find more success.