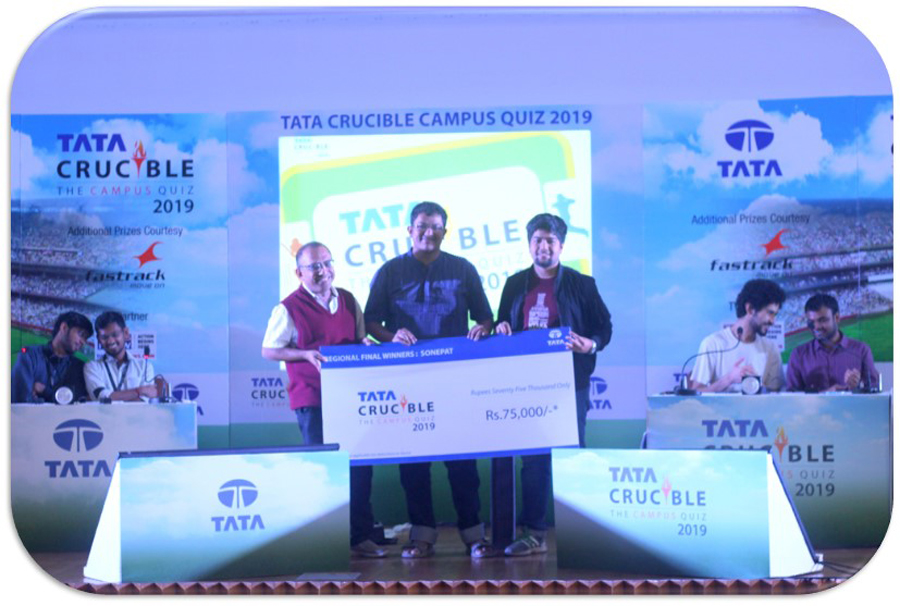 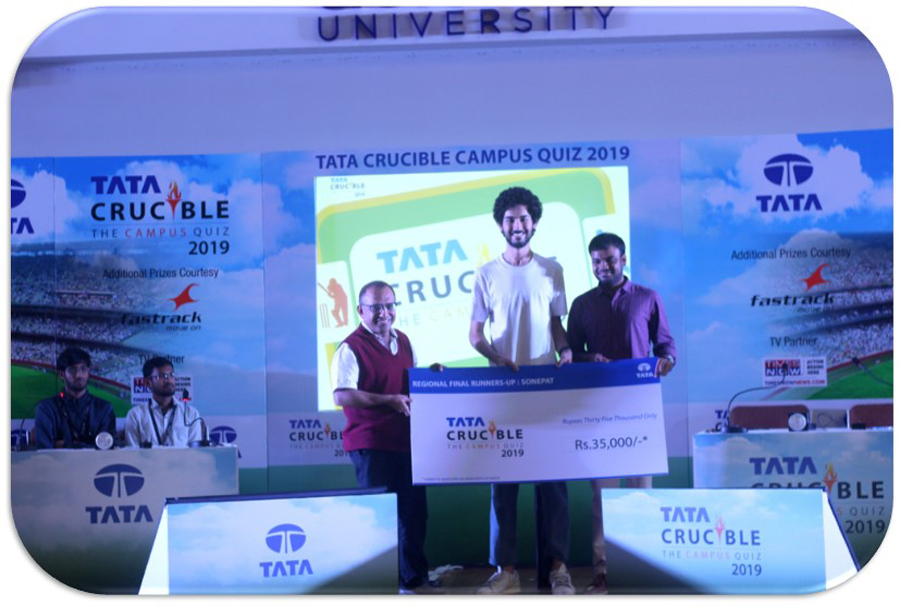 The Sonepat edition of Tata Crucible Campus Quiz for 2019, was held at the energetic Ashoka University campus. The prelim was a notch higher than most cities as Ms. Rashmi Furtado held back her clues craftily to allow the teams to deduce the answers. The teams that made it to the super over were.

The final witnessed a quick start by the Ashoka team of Mayukh and Anit as they went past the ten-run mark in the first over of the game. As the overs progressed, they played a careful game, while the other teams battled with each other in the attempt to get ahead.

Later in the quiz the team of Mayukh and Anit, in the meantime, moved from strength to strength and were comfortably placed to win the game, which they did. Two Ashoka teams were now locked in a close battle for the second spot, which Rohan and Yashasvi eventually won.