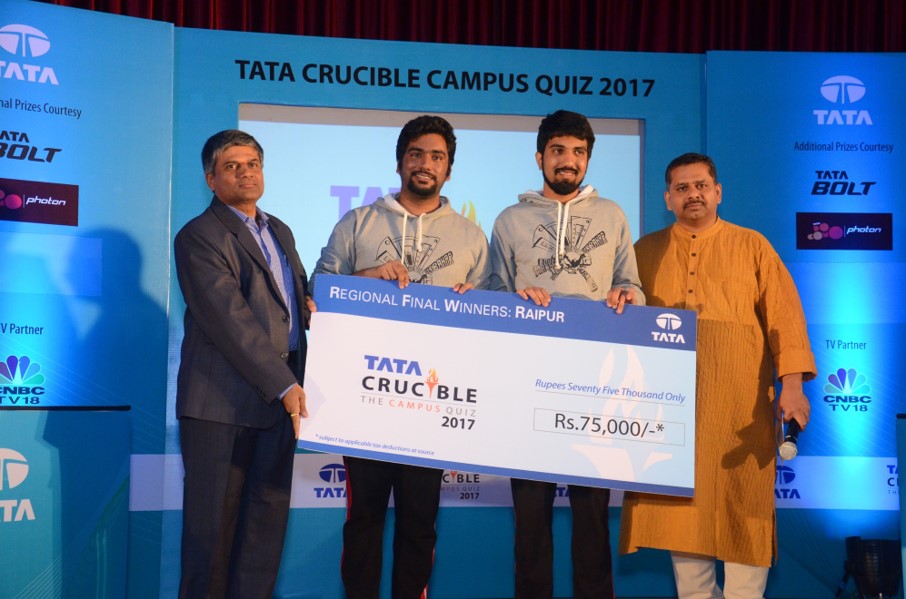 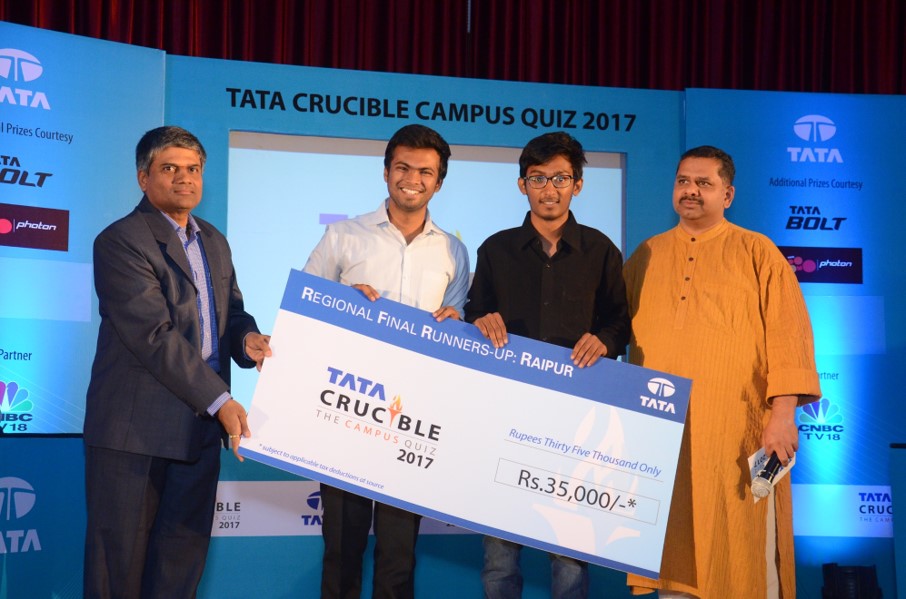 The Raipur edition of the quiz attracted over a 100 teams. The prelim started with quizmaster Pickbrain explaining the format and the rules before unfolding his armoury of questions. After an interesting prelim the following six made it to the final:

The final was competitive from the word go. As each segment unfolded, teams scored with consistency to keep everyone guessing on who would win. The IIM duo of Jasojeet and Suhas got into the lead as the quiz entered the final phase.

The NIT teams and HNLU were also in the fray. On the final question NITâ€™s Abhik and Pratyush had a chance to try and challenge the IIM team that were leading but were prudent to not take the bonus question. It led to a tie breaker with HNLU which went the NIT way.

The guest of honour, Prof. Sharma, Chairman PGP, IIM Raipur appreciated the Tataâ€™s for taking the quiz to small towns drawing a parallel to how the IIMâ€™s were also bringing out talent from these towns.