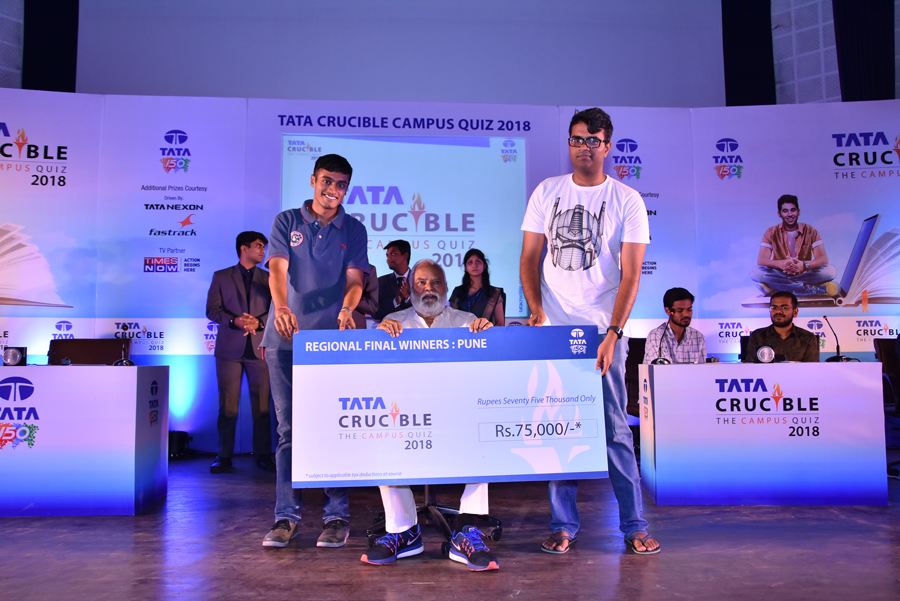 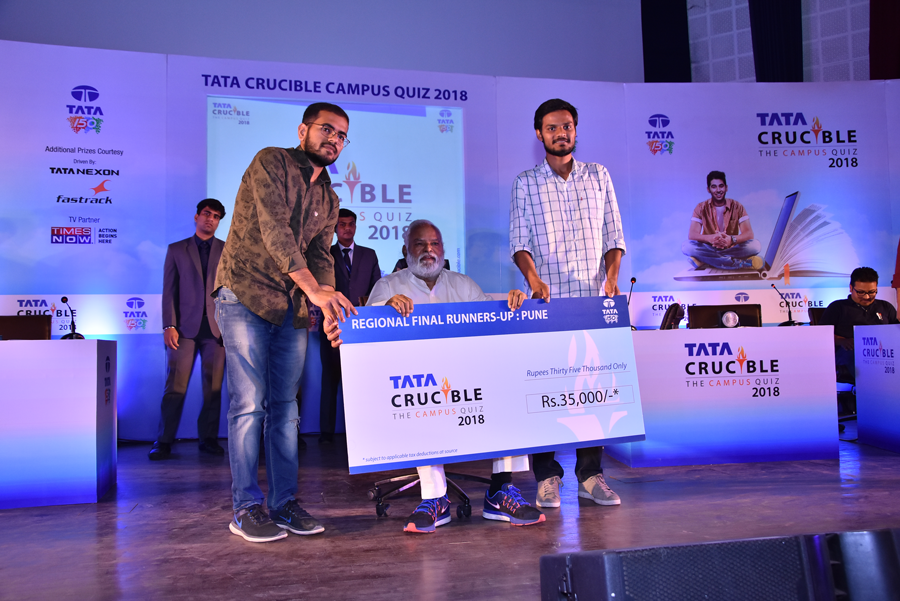 The Balaji group of institutions campus was the venue for the Pune edition of the quiz. The atmosphere was akin to a college fest with students from all over the city at the venue. The keenness to be part of the biggest campus quiz was evident as teams came in a good two hours before the show. A very interesting prelim led to the final six.

As the final unfolded, AFMC started to move ahead and build an unassailable lead. All the other teams were now in a battle for the second place. The duo from SIMC took their chances on the final question to get past the SIBM teams.

The guest of honour Col. Dr. Balasubramaniam, Founder, Balaji Group of Institutions congratulated the teams and gave away the prizes. She advised them on the importance of knowledge beyond academics and appreciated the Tata initiative as an empowering platform.