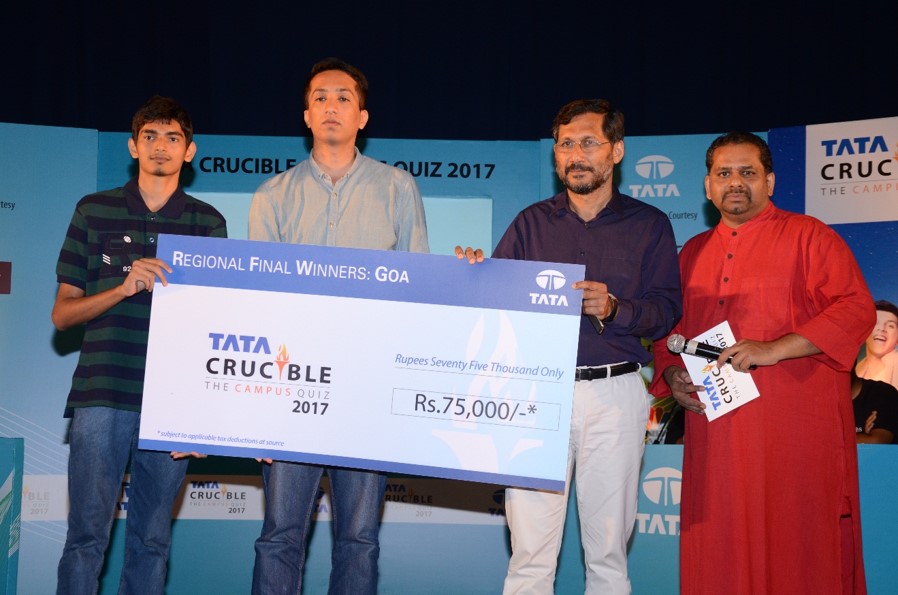 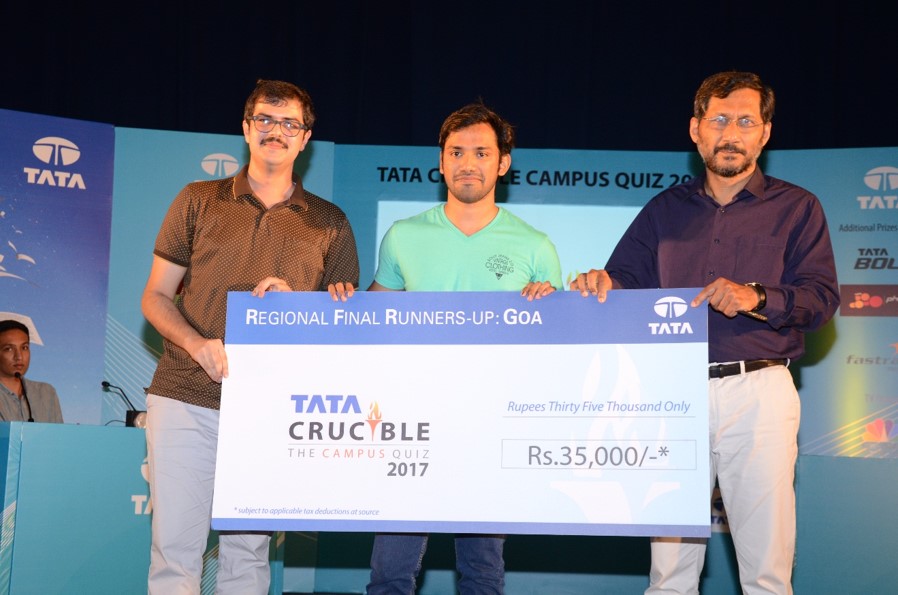 The picturesque city of Goa played host to its edition of Tata Crucible for campus students. Colleges from across the city and surrounding locations were part of the battle. With over a 100 teams the energy levels were high. Quizmaster Pickbrain started out with a set of well-crafted 20 posers that led to the top six teams.

The final witnessed a very interesting battle. The audience and teams on stage liked the new format especially the amount of strategy that went into it. â€˜Pickbrain always stumps us with something new and differentâ€™ reacted one youngster after watching the quiz.

At the end of a high-pitched battle, the duo from NIT won their institute its first ever Goa title. The NITâ€™s are known for their victories in many cities where the quiz is held, but had never won the title here. It was also heartening to see two doctors winning the runner up title. The BITS teams and Goa Institute did well but could not hold a steady momentum and did well in bursts.

The guest of honour, Prof. Raghurama, Director BITS Pilani Goa Campus appreciated the quiz, the many teams that took part and the quizmaster for a fantastic afternoon of learning.