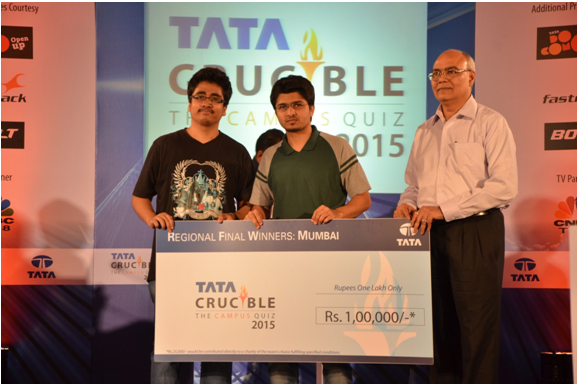 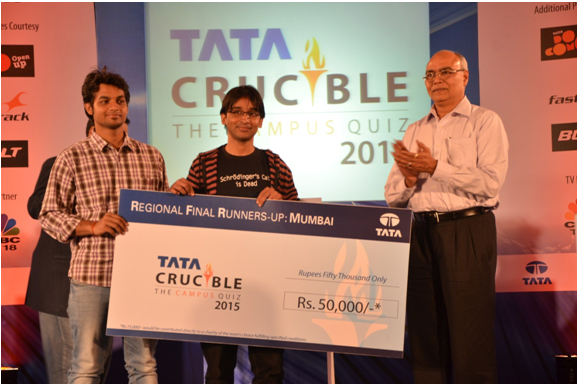 On a warm March afternoon over 150 teams from not just Mumbai but the state of Gujarat as well, where the quiz was cancelled, participated in the high profile event event. Pickbrain kept the temperature even higher with his volley of interesting questions that made the teams sweat. A swift prelim led to the following finalists.

The initial questions in the final were played carefully by most teams, but as the quiz moved the teams from KJ Somaiya, JBIMS and Nirma University started playing aggressive. However, it was a young team from DJ Sanghvi with students still in their first year of under-graduate studies, who were a treat to watch as they cracked well crafted questions with amazing answers.

The battle was so close that most teams were in the race for the title till the final round, but in the final over it was a three team battle with JBIMS coming really close to KJ Somaiya who finished runner. The champion though, was the youngest team on stage, DJ Sanghvi winning both the quiz and the hearts of the audience.