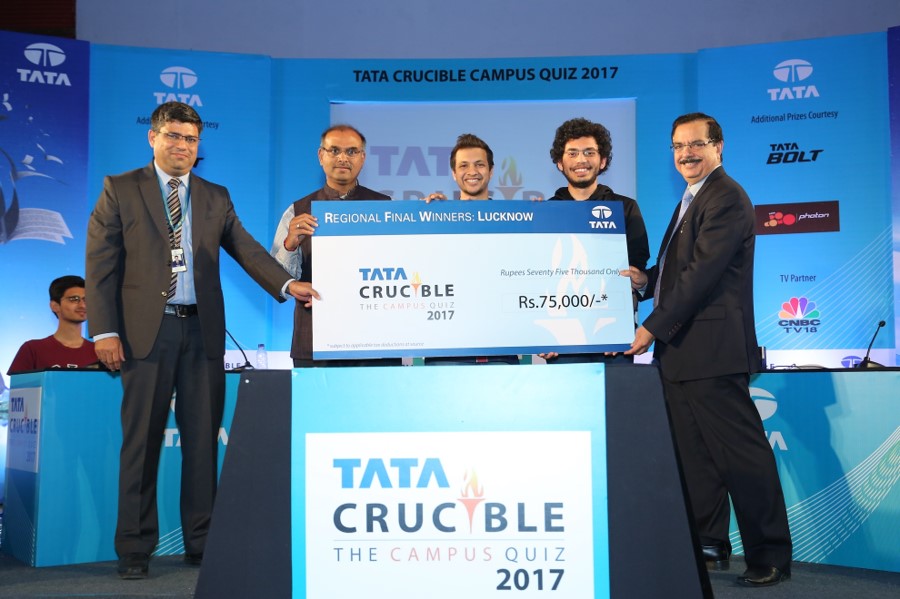 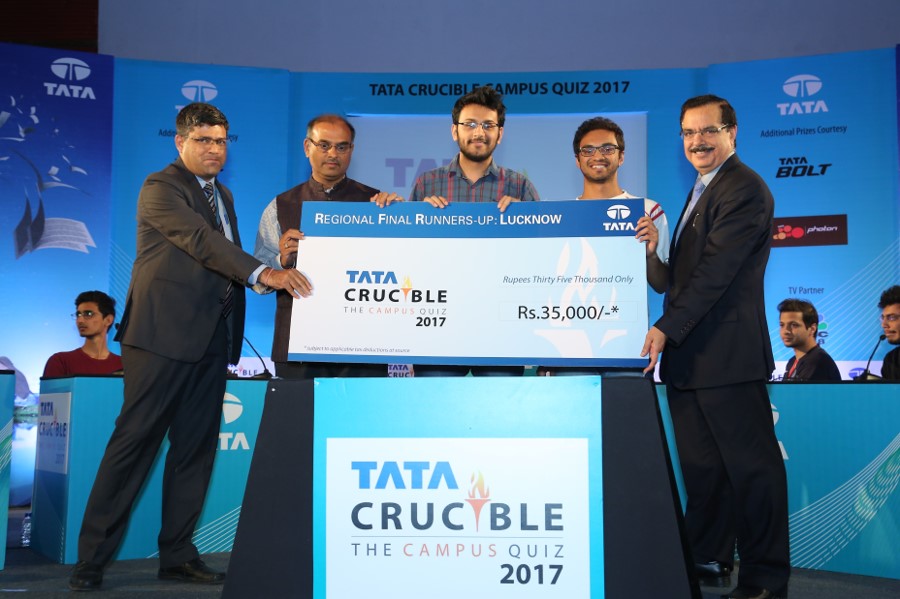 â€œLucknow has always been a top performer at Tata Crucible. All teams do well out hereâ€ said quizmaster Pickbrain as he started the prelim. Little did he know his words would prove prophetic as the afternoon unfolded. After a crisp prelim the following six made it to the final:

The final started with all teams scoring well early on. While the IIM teams looked a shade more aggressive taking their chances and playing high on the scores, the other teams were not far behind.

The scenario did not change much as the quiz progressed, but the IIM teams slowly increased the tempo. With some high value gains the battle inched to the final round and came down to HBTI and two IIM teams. The HBTI duo took a courageous decision playing for a bonus question, but missing, which quite literally knocked them out. The IIM team of Shaswath and Chaitanya played out the other IIM team with good crafty answers to take the crown.