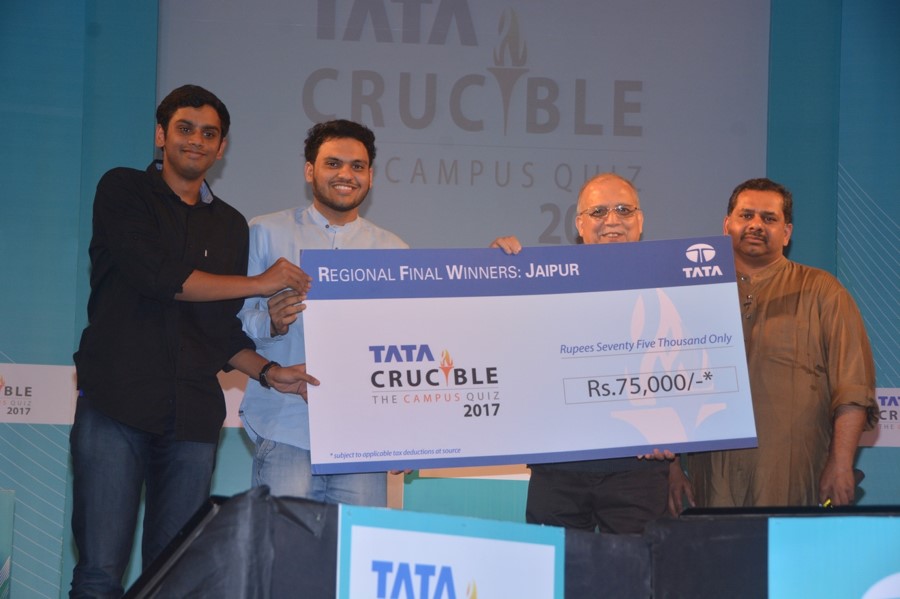 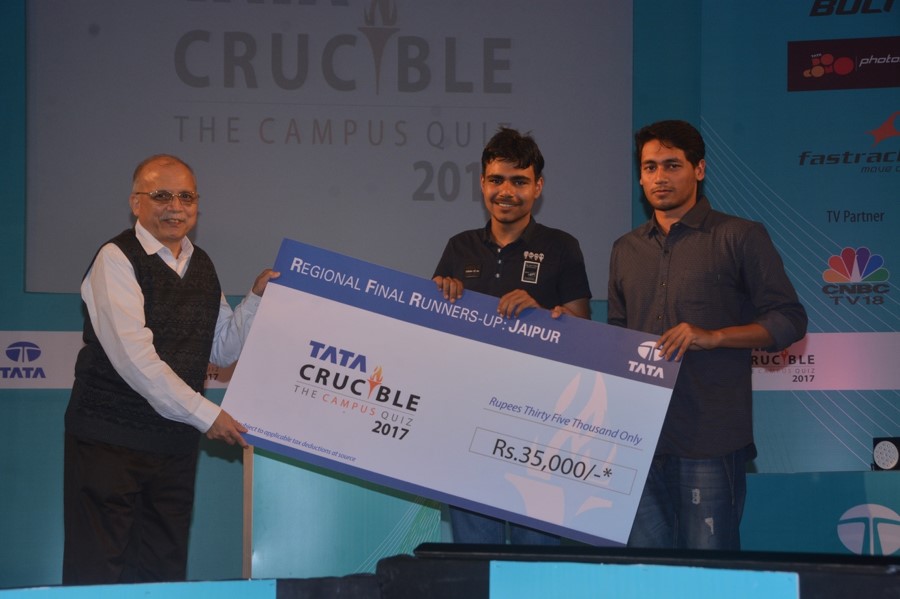 Over 650 students, a brimming hall and a quizmaster with loads of wit was a perfect blend for Jaipur to celebrate its edition of the quiz. The prelim had some thought provoking questions mixed with easy motivators and tough nuts. The final six who made it were:

The final started with LNMIIT represented by Dheeraj and Dikshant blazing away to a quick start. It took a few posers for BITS Pilani (Aditya and Vineet) and BIT Mesra to gain ground but the LNMIIT duo never let go of their lead position.

The scenario did not change much as the quiz progressed, except that BITS Pilani and BIT Mesra were clearly in the run for the second spot. The former played their heart out to try and win but in the bargain lost out on a lot of â€˜crubitsâ€™. The BIT Mesra team held out sensibly to finish runner up.

The guest of honour, Dr. Sadanand Gokhale, Director LNMIIT Jaipur congratulated the teams and spoke of how the youth today are far faster, far more connected and therefore in a far better position than previous generations to achieve laurels for themselves and the nation.