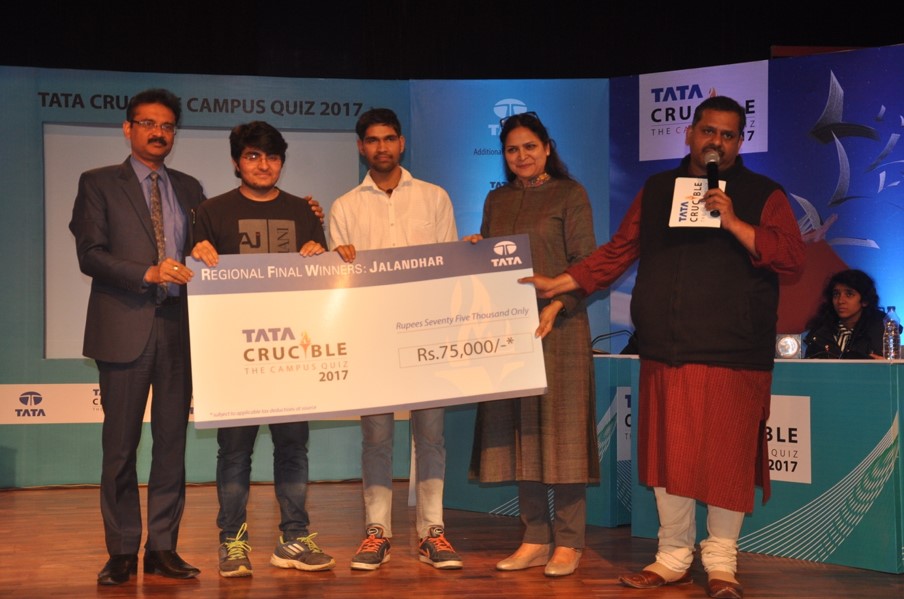 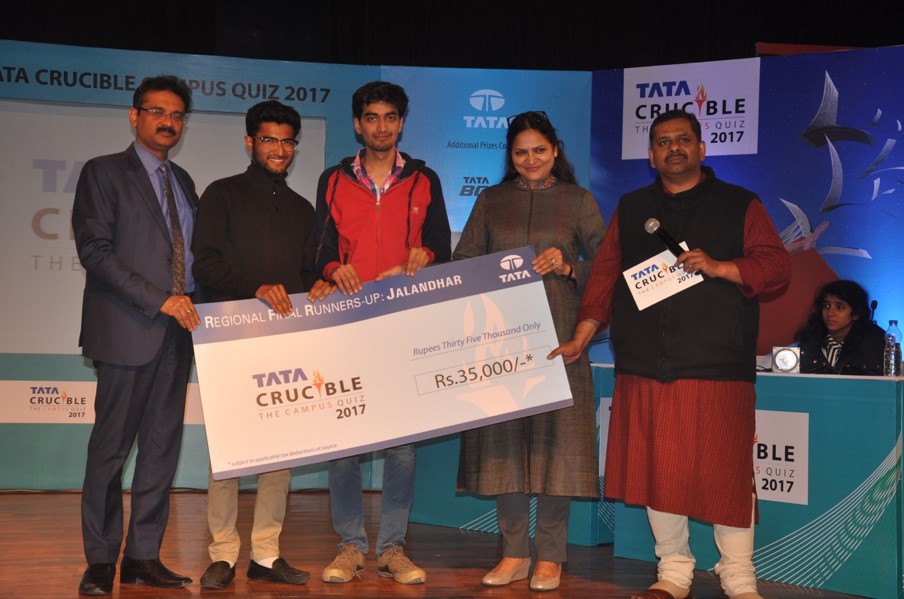 With over 600 students in the auditorium the energy levels were high. Pickbrainâ€™s popularity in this city would rival a Bollywood star, his mere presence adding to the excitement. Once he got underway, he was swift and clinical with the prelim that got six teams into the final.

The final quickly transcended into a four-way battle as Apeejay took an early lead. LPU with Piyush and Singh along with the Govt. College duo and Aurobindo were right behind. The LPU team were steady and did not falter at all, going on to register a comfortable win.

The battle for the second place went into a three-way tie-breaker that was finally won by the Govt. College team, their first runner up title. The LPU team now progress to the next round at Delhi.

The guest of honour, Mr. Ashok Kumar Mittal, Chancellor, LPU spoke of the importance of such events and observed that a lot of learning takes place â€œoutside the classrooms, which is very importantâ€ and gave away the prizes to the top teams. Mrs. Rashmi Mittal, Pro Chancellor, LPU was also present.