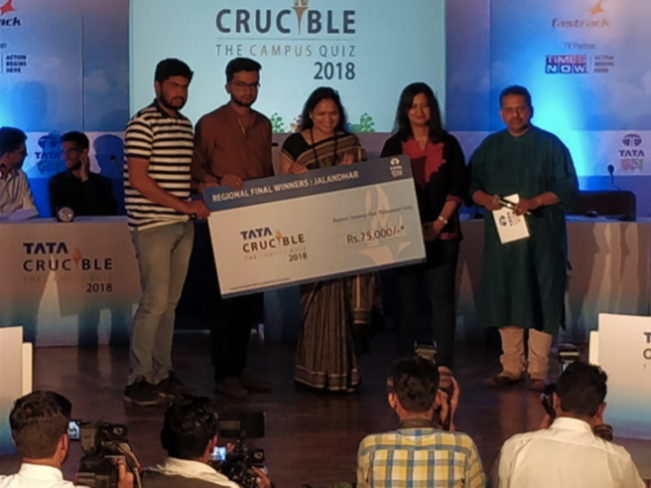 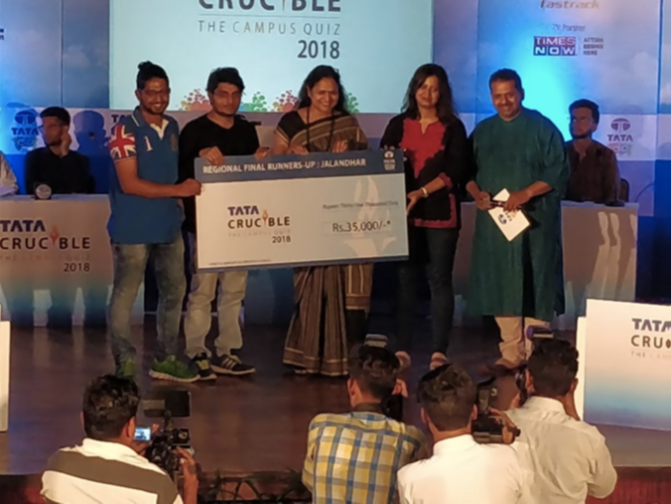 The massive auditorium at the LPU campus looked inadequate as over a thousand students converged from across Punjab. The prelim hosted by Ms. Rashmi Furtado was well received as teams kept asking for more clues and managed to get quite a few. They also appreciated the wit and reaction of the host to the comments of the contestants. The final six who made it to stage were:

Quizmaster Pickbrain took command of the finale and soon enough his presence was felt, as he pushed teams with his probing questions. LPU with Raghav and Sukhvinder, the winners of 2017 at this city, did well to get to an early lead but soon all teams were into the scoring mode and nothing separated any of the teams.

The battle went into the final stages where the DAV team who had managed to cross LPU in the middle stages, nailed the final with some good hits and high value play decisions. The former champion from the host college had to settle for runner up behind DAV.

The guest of honour, Ms. Rashmi Mittal, Pro-Chancellor, LPU advised the students to stay in touch with the industry and make the best of opportunities such programs provided them.