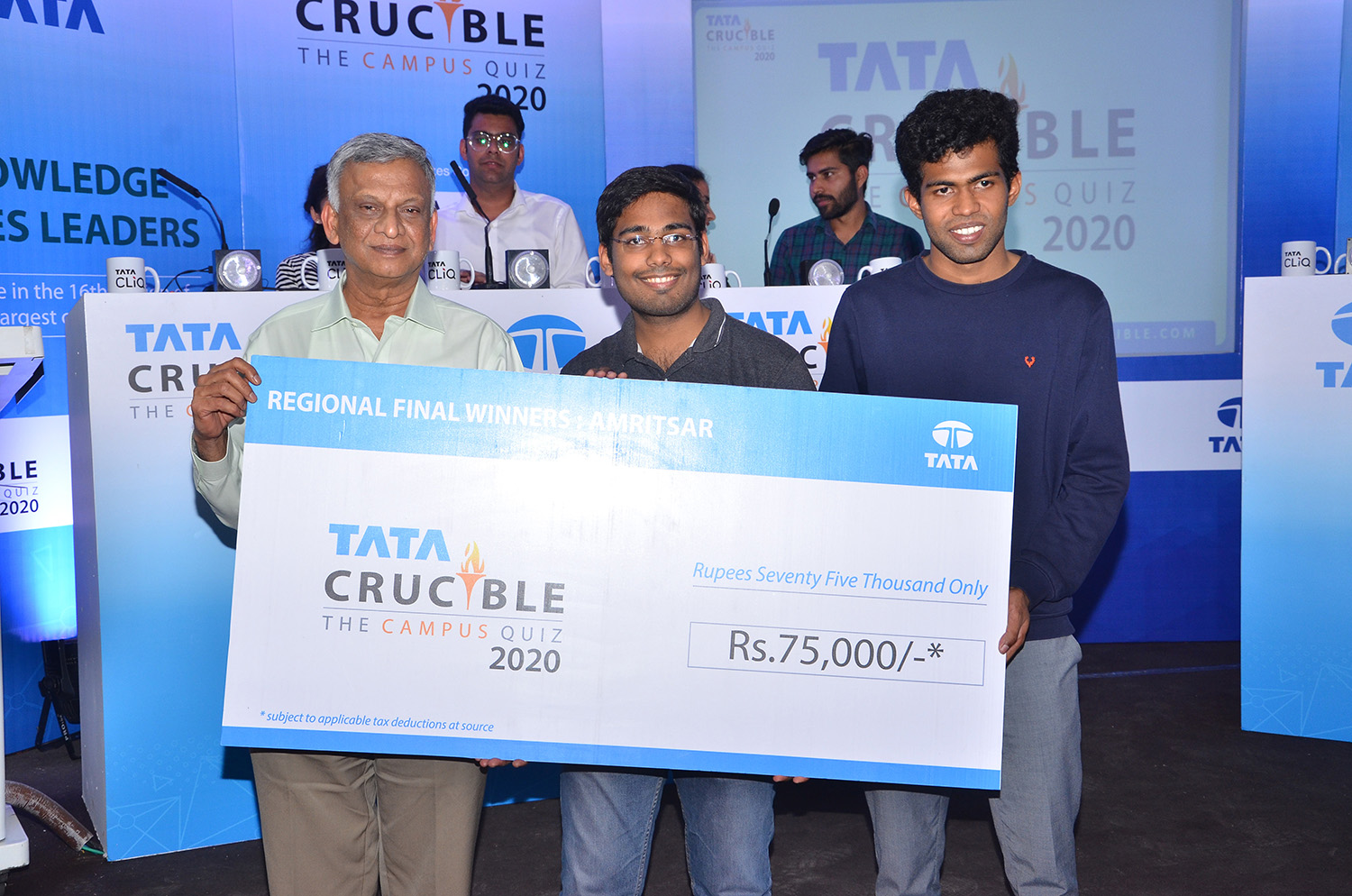 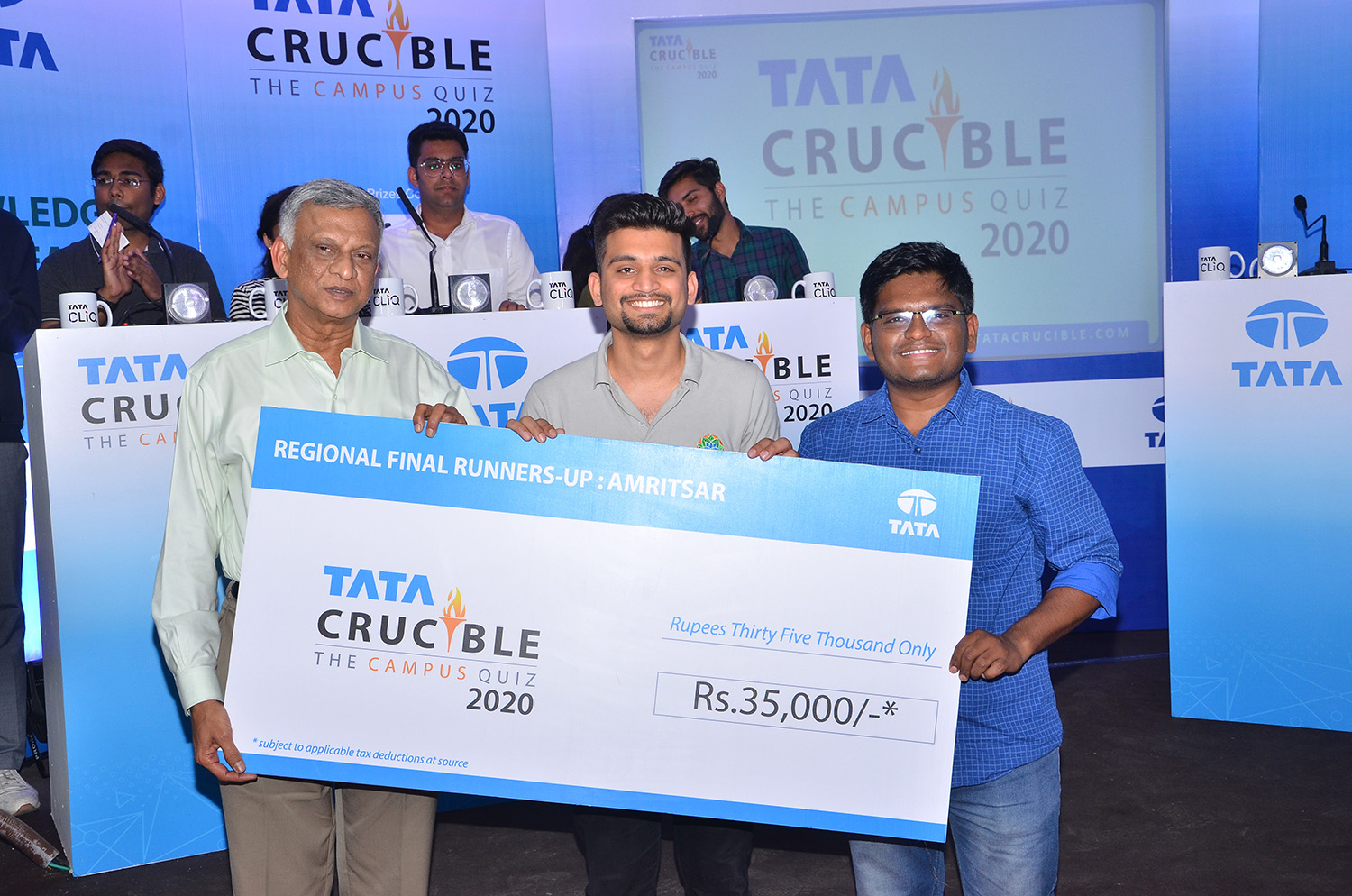 The historic city of Amritsar witnessed a comeback of a Tata Crucible after nearly half a decade. Over 220 students in the audience and a packed auditorium bursting on it seems, captured the excitement of the quiz coming back to the city. Quiz host Ms. Rashmi Furtado had a fairly tricky prelim lined up for this city. The teams that progressed were as follows:

The final saw quizmaster Pickbrain take the stage to a thunderous applause, his popularity with IIM and the other colleges here was unmistakable. Responding to the cheering with his trademark wit, he said “Maybe I should consider standing for elections from Amritsar”. The quiz itself was fast-paced with the IIM teams dominating in the early stages. The teams from Global Institutes and GNDU warmed up quickly and started giving the IIM teams a run for their money.

The team of Aditya and Sebin John from IIM did well to hold off the challenge and win the quiz to move to the next round, while GNDU and the IIM team of Akash and Pratik fought a tiebreaker for the runner up position which the latter won. The highlight of the quiz was the passion that the teams showed and the high level of participation by the audience. Pickbrain was at his best with wisecracks that kept everyone thoroughly entertained.

Welcoming the chief guest Dr.N. Ramamoorthy, Director IIM Amritsar, the quizmaster appreciated the director and the institute for taking the initiative to bring the quiz back to Amritsar. The chief guest while appreciating the teams, spoke of how teaching and learning had evolved. Today, a teacher does not have to teach from a book that students can read by themselves, he or she needs to add value to what is in that book, he said.