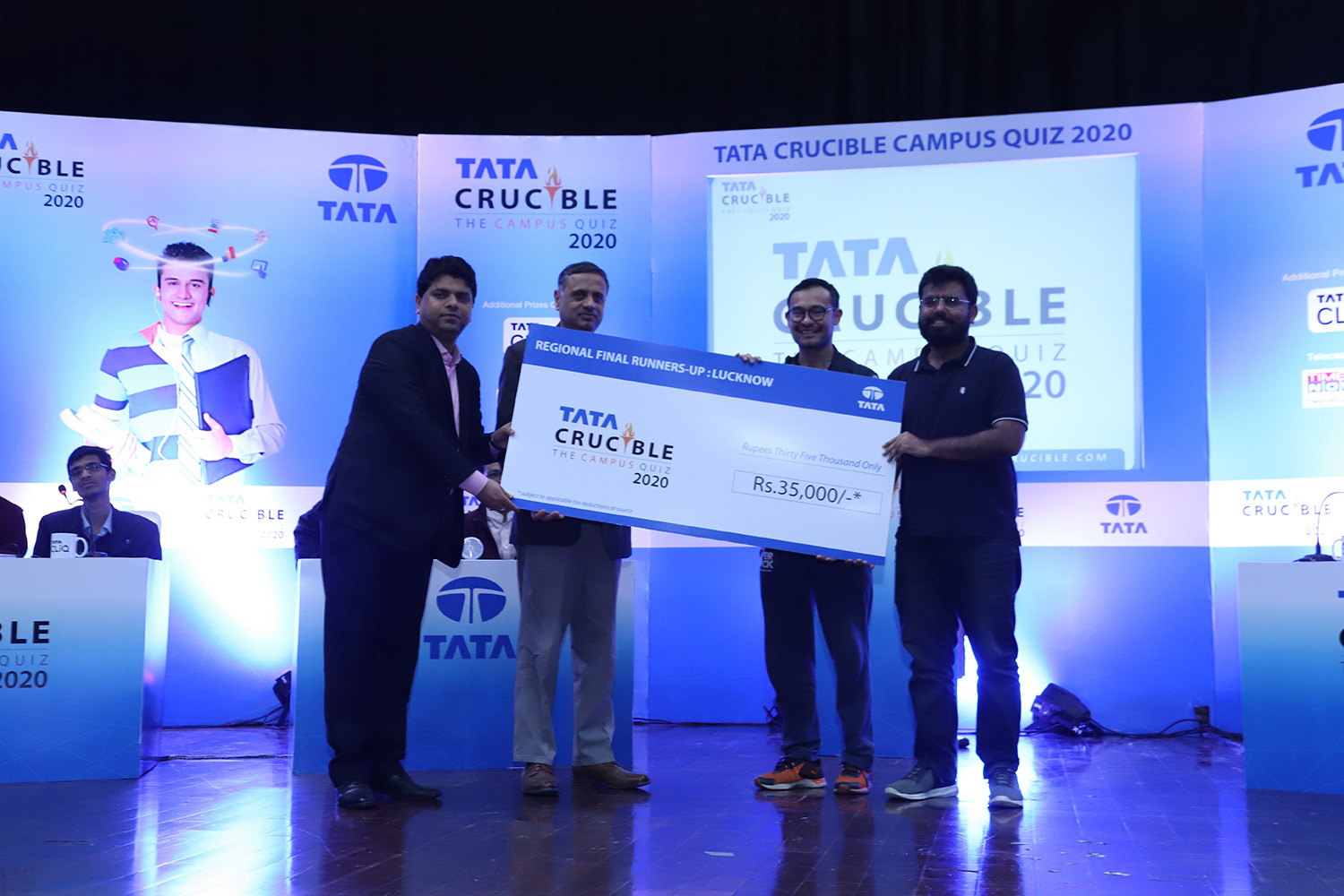 Lucknow is a city that has always been known for the high quality of its final. After Ms. Rashmi Furtado breezed through a 20 questions prelim, the following teams made it to the final.

The final was very tense, tough and closely fought battle. Noted Quizmaster Pickbrain had lined up a difficult set of questions for the teams that prompted them to take no undue risks. In the process, every right answer and the scores gained seemed to be worth its weight in gold.

The team from IIM Lucknow and HBTU both did well early on and post that they did not take any risks or negatives. They allowed the other teams to try and chase them down. It resulted in the other teams gaining and losing and not being able to catch up with these two teams. Even as the quiz moved into the final questions, these two teams seemed reluctant to push the buzzer unless they were sure of the answer.

The quiz ended in a tie between IIM and HBTU which the latter won. it turned out to be the first-ever Tata Crucible title for HBTU. They now move to the Delhi zonals for the first time.

Mr. Himanshu and Mr. Abhishek senior members of the TCS Lucknow team give away the prizes.