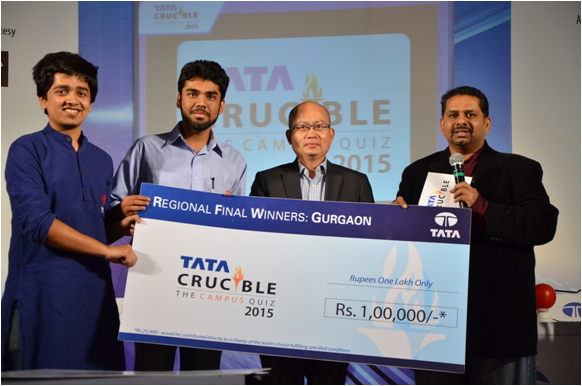 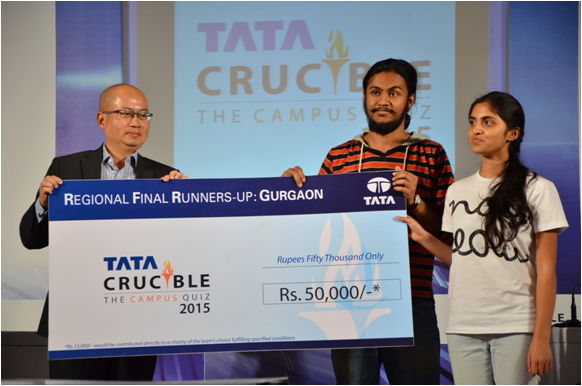 It is the first time in eleven years that Tata Crucible was visiting Gurgaon for a campus edition and it was the first time the quiz was being held at the Amity University auditorium. The enthusiasm was visible as over 200 students thronged the venue for the prelim. Quizmaster Pickbrain went about his task quickly and was done with the prelim, a 20 question fare, leading the following finalists.

The final was a very tight battle with the Ashoka University team of Shivangi and Apuroop doing superbly well but in bursts with some negatives at regular intervals knocking themselves out of the battle.

The Ashoka University team of Samridh and Anirban were calm and collective answering questions at will and soon enough were beyond their college mates and with hardly any negatives they marched on to win the title in style.

The guest of honour Mr. Phee Teik Yeoh, CEO, Vistara Airlines, Tata SIA gave away the prizes and congratulated all the teams on the occasion. He advised them to draw lessons from quizzes on how to take “calculated risks” to be winners.