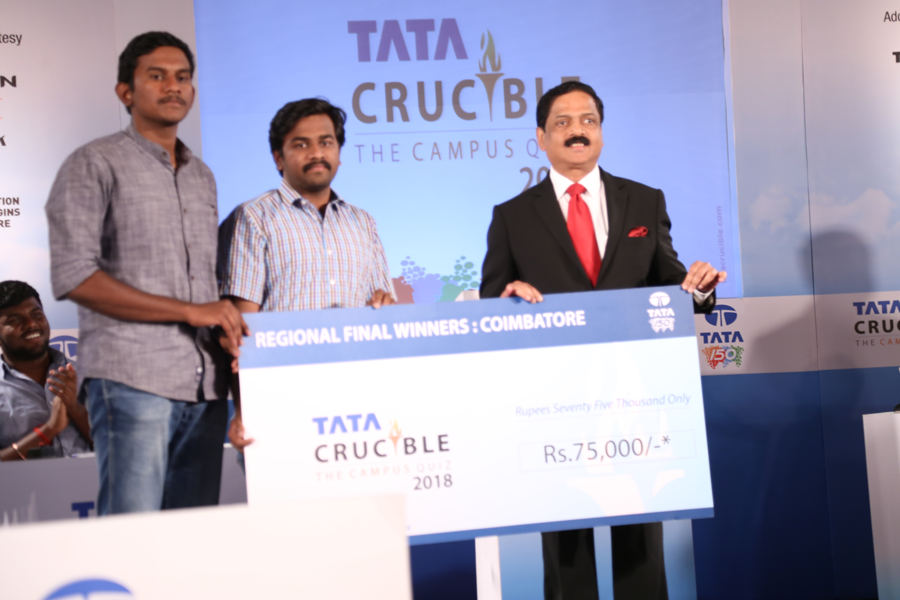 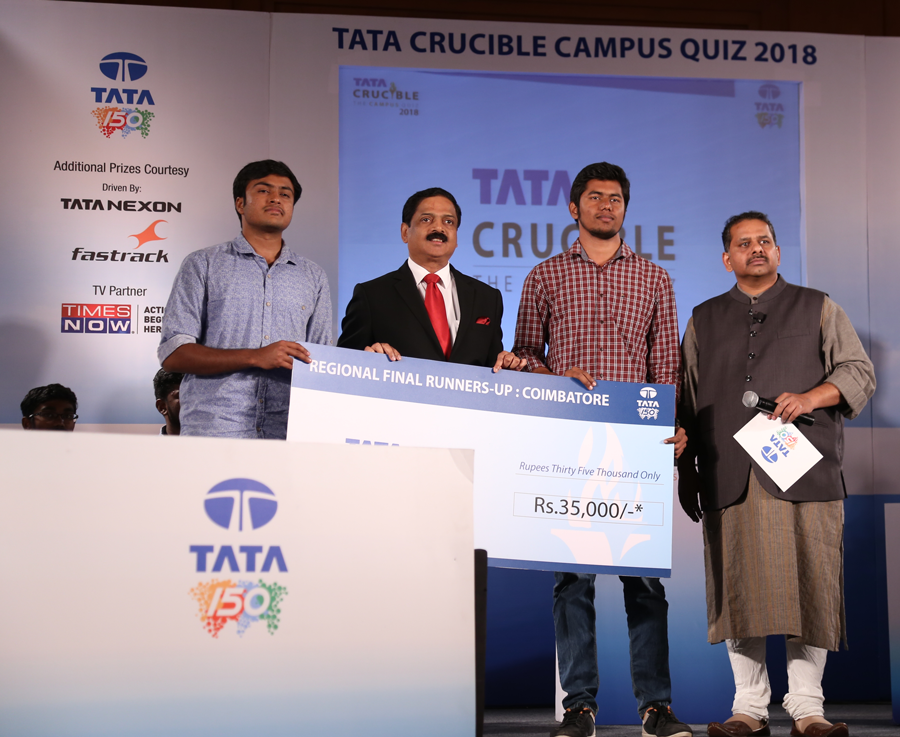 The Taj ballroom was packed with over 300 teams as Ms. Rashmi Furtado anchored the prelim on the occasion Women’s Day with a crisp set of 20 questions, all based on women. The finalists who made it were:

The final began with an observation from the seasoned quizmaster, Pickbrain, that despite the prelim being tricky, teams had scored very well and the cut off stood as high as 15 on a set of 20 posers.

The final was an absolutely riveting one with the defending champions, PSG taking an initial lead and playing with great confidence. The duo Roopesh and Sharat did not get their grip on the quiz early on but as the quiz progressed they started progressing as well. ICAI and IIT also did well but could not sustain the momentum.

Mid way into the quiz Roopesh and Sharat crossed the PSG duo and from here it was the strategy that the CIT boys deployed by out-thinking the teams on tactical buzzer play that got them to the finish line just ahead of the others.

Mr. Kumar, GM, Vivanta by Taj Surya, Coimbatore gave away the prizes and spoke of how the city of Coimbatore was among the most education savvy cities he has been part of. He also underlined the need to keep doing well and wished to winners to move ahead and win more laurels.