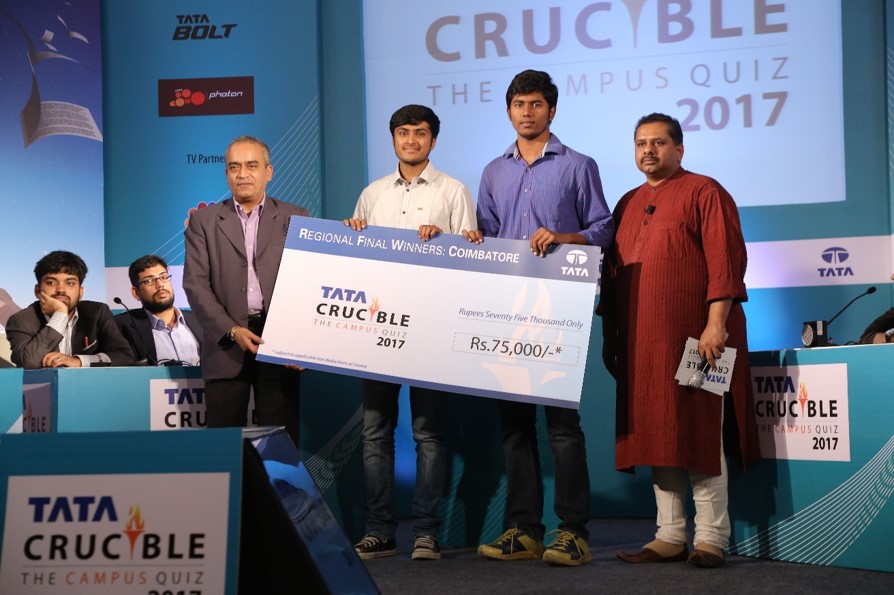 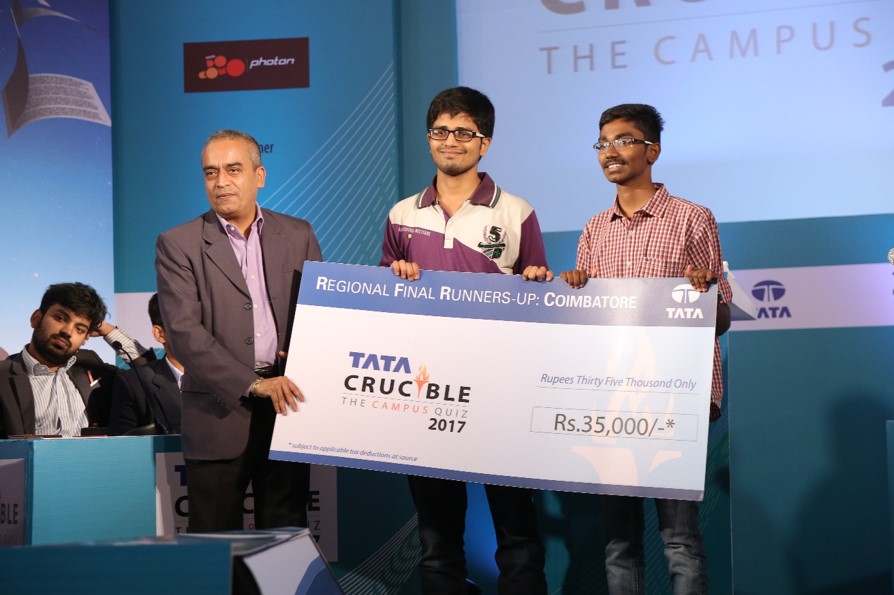 Over a 100 teams and the Coimbatore audience were all set for their edition of the quiz. Quizmaster Pickbrain had an interesting mix of questions for the prelim. After the prelim the following six made it to the final.

The final was absolutely riveting. Teams exchanged lead positions right through the quiz making it an edge of the seat entertainer. Some teams faltered by not maximising the value of their answer and that cost them the title.

While Amrita were also in the hunt it was the duo from PSGCAS that gained consistent traction to get the better of the Amrita team and ICAI to win the title in the final segment of the game. The Amrita duo held on to win the runner up prize.

The guest of honour, Dr. Sasangan Ramanathan, DEAN, Amrita University, gave away the prizes and appreciated the teams on a wonderful quiz.