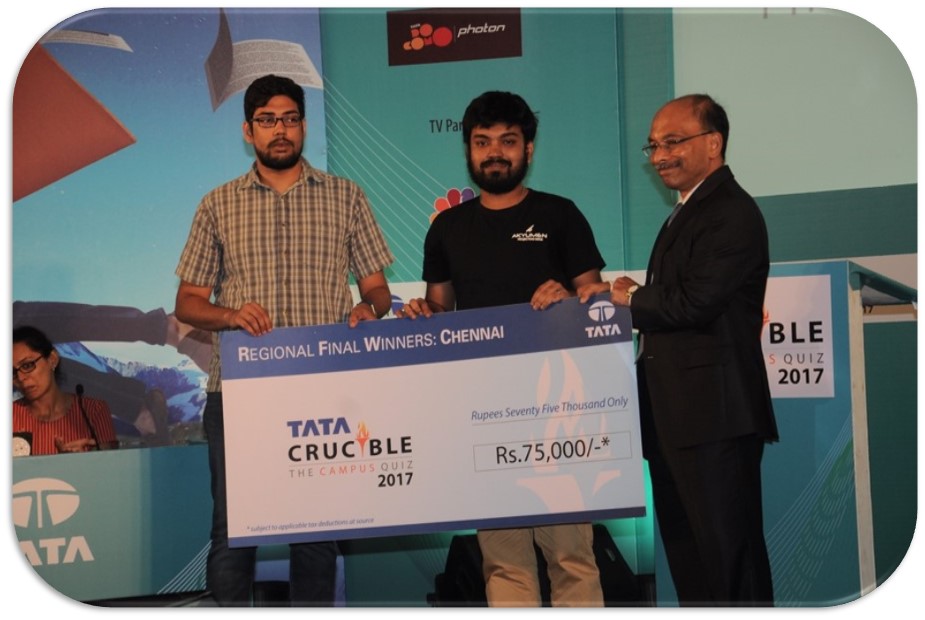 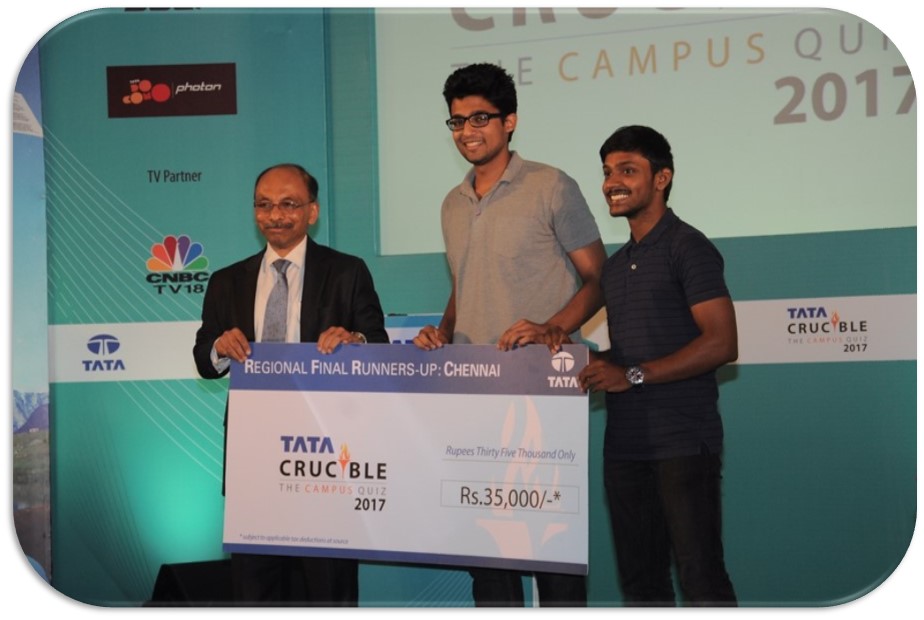 Pickbrain was sweating. One wondered as he entered the Taj if the sweat was the summer setting in on Chennai or the news that 1454 students had showed up for the quiz with a hall capacity of 800.

The proactive Tata team and Pickbrain started the event half hour ahead of schedule as the hall was full, with the first of the two prelims that were conducted to accommodate the audience. The finalists were:

The finale was a very tense long battle with all teams in with a chance almost till the final level of the game. Towards the end it became a three way battle between IIT Madras, Varun and Rushabh, ICAI and Loyola.

It was in the final few questions that IIT Madras nailed the finish to win and progress to the next level at Coimbatore. The second place battle was won by Loyola.

The chief guest, Mr. Ananthkrishnan, CTO, TCS , a quizzer himself, appreciated the teams and advised them that knowledge was important and sports like quizzing do help enable success in one’s career. He humorously remarked “Quizzing can get you as far as being the TCS CTO or the Governor of RBI (referring to his college mate Dr. Rajan), so it might be worth it after all”