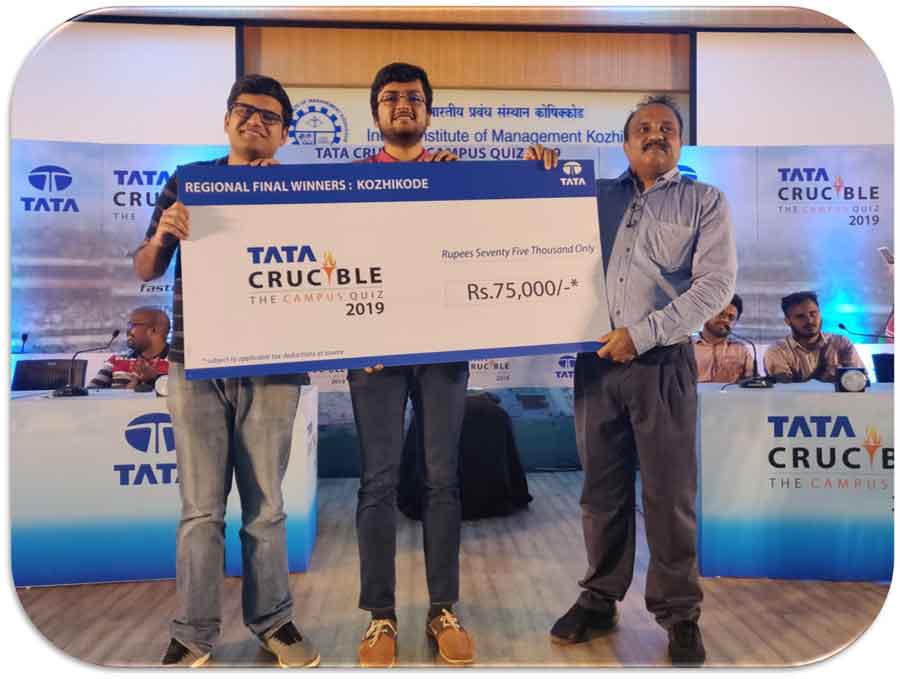 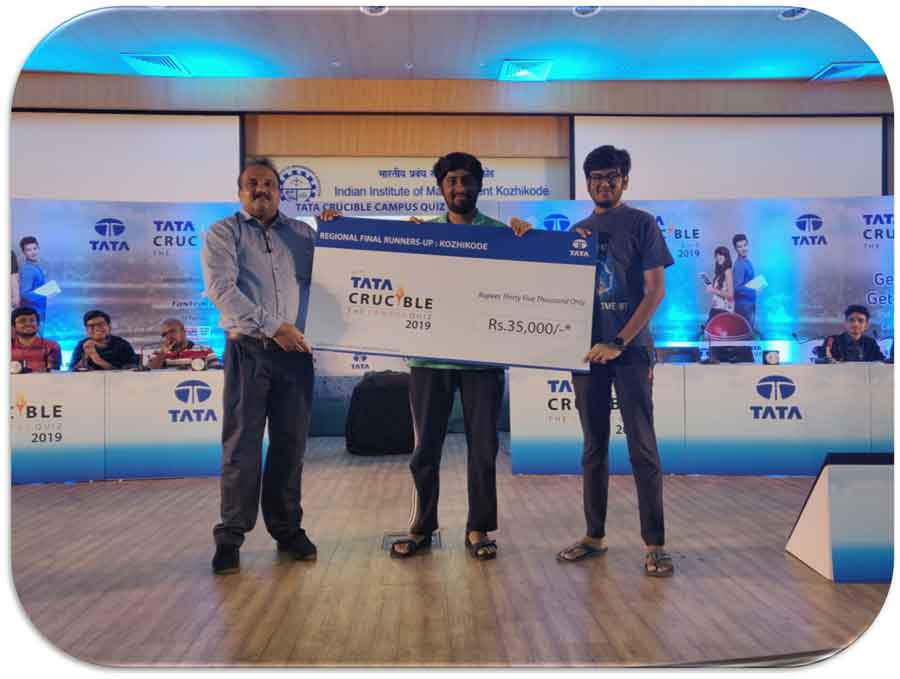 Match four of the 2019 Tata Crucible for campuses was underway at the IIM Kozhikode campus. The hairpin bends that lead you to the auditorium seemed to prepare the contestants for the prelim, which was a tricky terrain. It led to the IIM’s dominating the same and taking all the six slots in the super over.

In the super over the legendary quizmaster, Pickbrain stumped the teams with his tricky posers leaving all the teams on zero with one ball to go. Saketh and Sai Ganga made it to the finale of the last ball while Vaibhav and Anil got through on sudden death.

The super over saw the previous year’s champion team of Ms. Anji and Ashrav crash out despite being in the lead. That opened the field to all the other teams to battle on an equal footing as there was surely going to be a new champion, this year.

The IIM team of Pulkit and Surja, got off to an early start but the doctors from Kannur did well to get past them and establish a good lead. The other IIM team of Saketh and Sai Ganga also got underway. It was into the middle overs that Pulkit and Surja powered themselves back with three straight sixes and from there on it was no stopping for them. The doctors could not find the momentum as Saketh and Sai Ganga got past them and played smart to settle for the runner up title.

The guest of honour Prof. Ananda Kuttan Unnithan, Dean Academic Affairs, IIM-Kozhikode gave away the prizes to the champions. The winner would now travel to Coimbatore for the zonal which is for the top 40 across the nation.