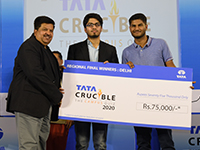 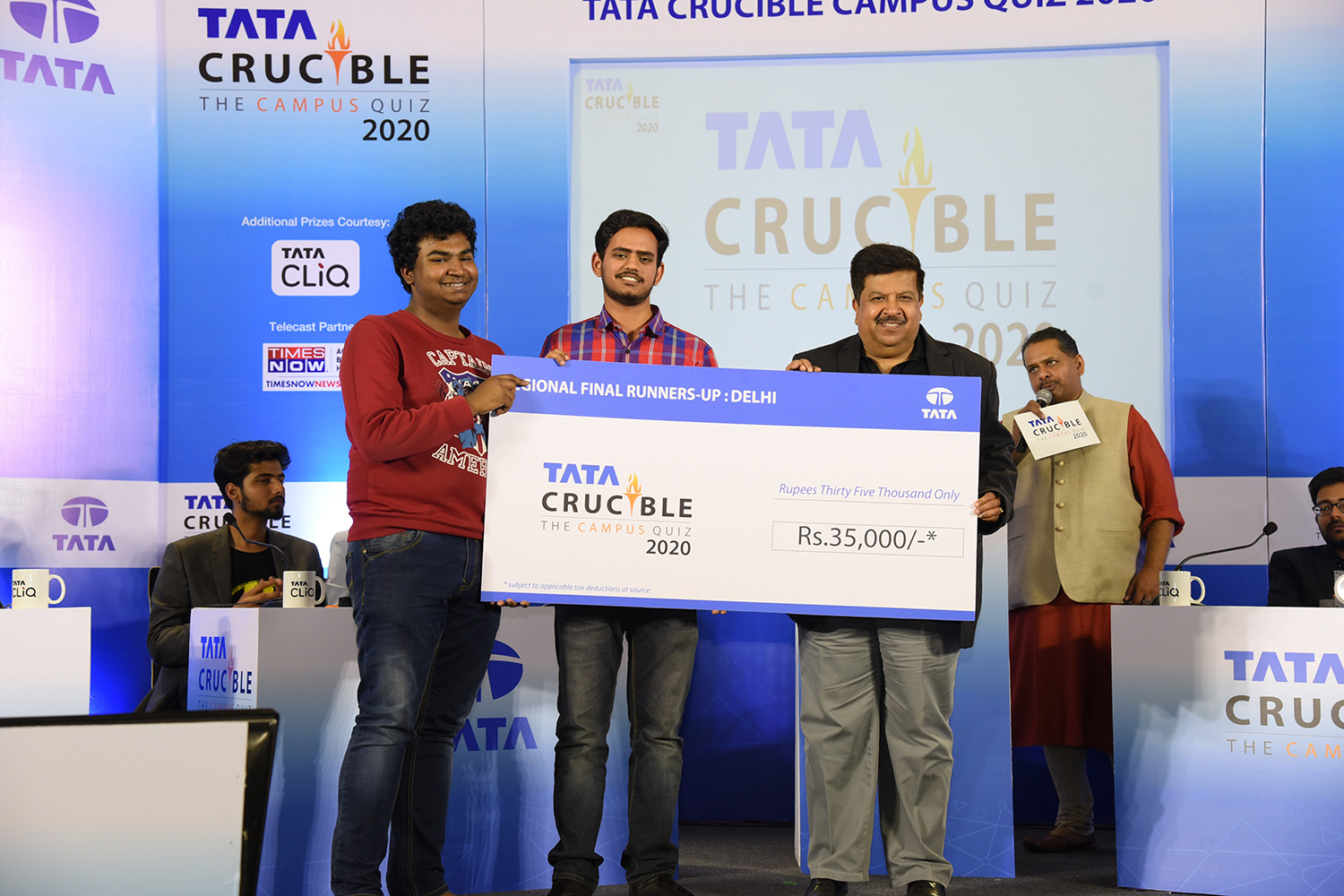 The regional edition of Tata Crucible at the national capital had the participation from Ghaziabad teams as well, this year. Rashmi Furtado, the host of the quiz prelims, had a tough set of questions lined up for the capital. The teams that progressed were as follows:

Noted quizmaster Pickbrain, hosted the final. He was crisp, fast and had lined up some amazing questions. Initially all the teams were doing well and did not look clear as to who would emerge as winners. As the quiz slowly progressed, two teams started to move ahead of the rest.

These two were Ramjas College and BITS Pilani. Head to head battle that followed the Ramjas duo did very well almost winning the first crucible title for their college. It was however a calm and collective BITS Pilani that clinched the title on the final question to move into the zonal round.