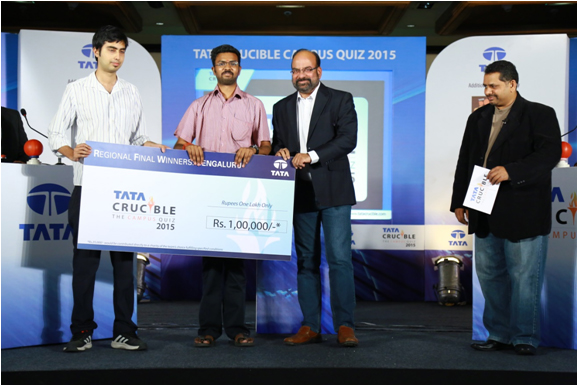 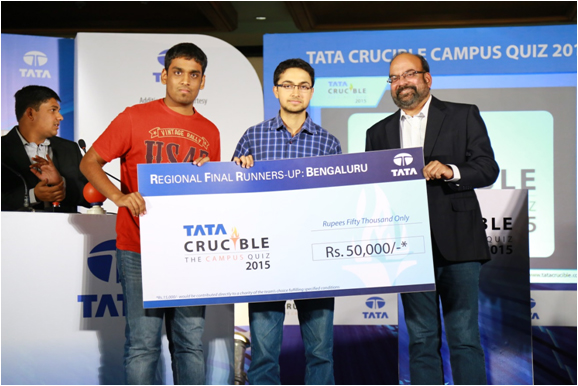 Close to 200 students from college campus across Bangalore thronged the Taj at the garden city. The battle ground was beyond Bangalore with teams from Mysore and Tumkur. Pickbrain started the proceedings with a crisp 20 question prelim, and the finalists who made it were:

The final initially seemed a one sided affair with BMS racing off to a lead in the early stages. Seasoned quizmaster Pickbrain was at his best as he kept the audience entertained with his sharp wit.

PES University gave some quality answers but took too many negatives to be able to sustain the score line. It was just past the mid way that the duo from Christ came up with a series of outstanding answers, that stumped everyone and put pressure on the BMS team, which prompted them to take half chances that resulted in negatives.

As the excitement mounted as the quiz inched to the final round, Christ was powering their way without any negatives to ensure they won the quiz. The RVCE team was steady to finish runner up as the BMS team in their quest to win fell back.