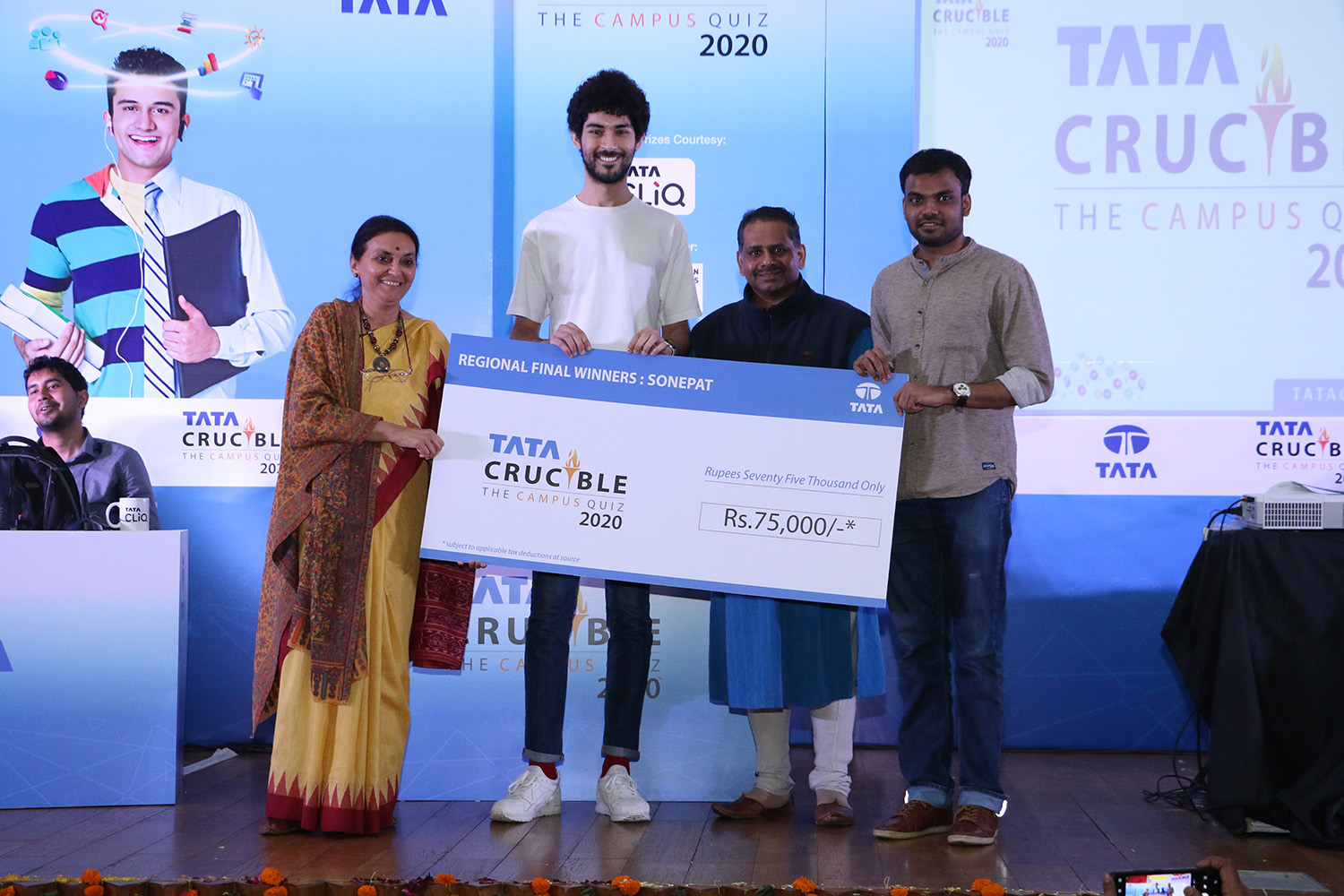 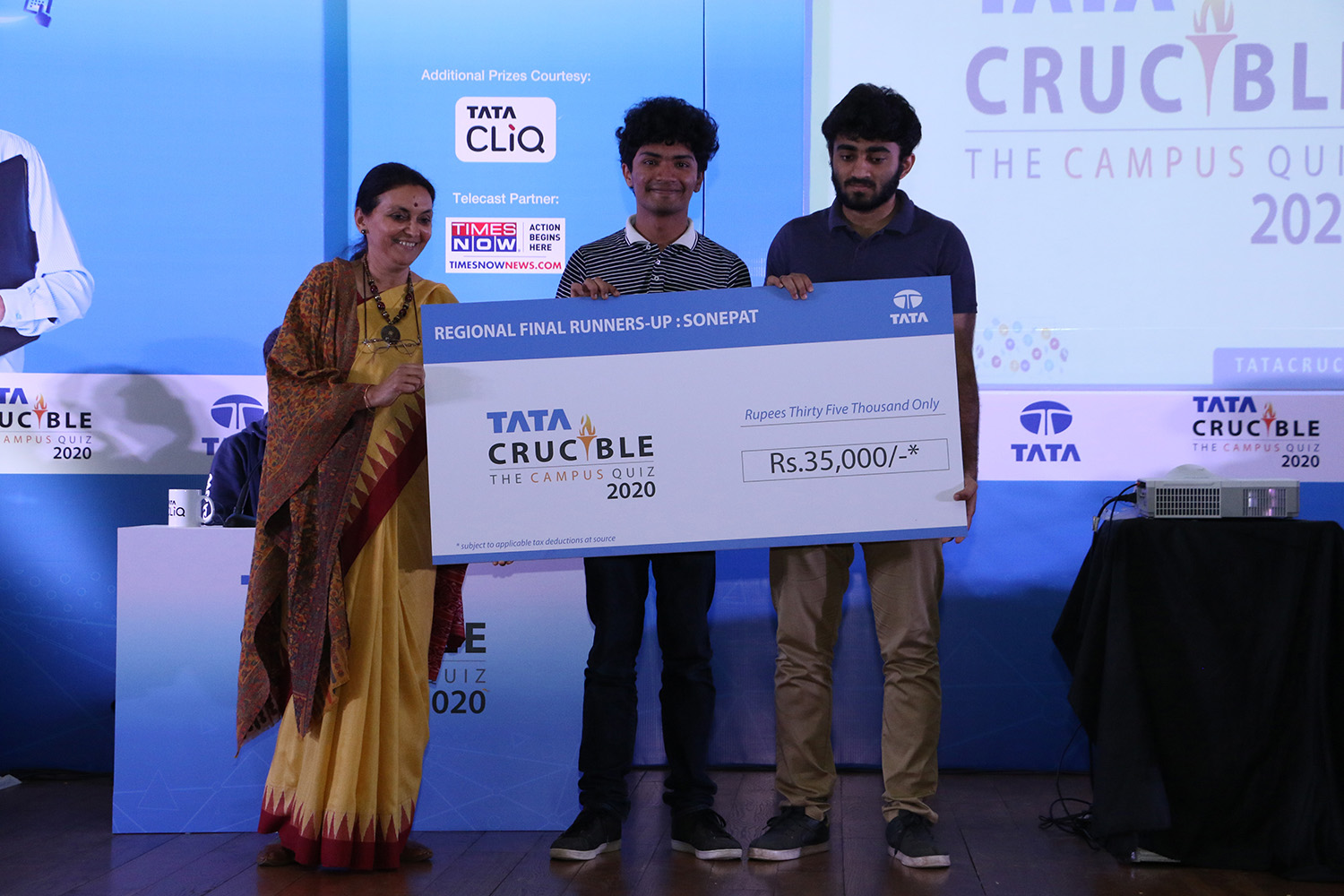 Over 200 students were part of the Sonepat edition of the quiz. Quiz host Ms. Rashmi Furtado presented a craftily prepared prelim that was befitting the high-quality of the teams that this city gets. The teams that progressed to the subsequent rounds were:

The final of the quiz, hosted by ace quizmaster Pickbrain, was an extremely well-fought battle with scores changing and lead positions fluctuating with almost every single question. As the quiz progressed into the latter half the teams from Ashoka University started getting ahead of the rest with NIT Kurukshetra losing out with too many negatives.

It was only towards the final moments that it was clear who would win, with Yashaswi and Rohan getting the better of their opponents especially with their ability to stay focused and calm towards the end. They now make it to the Delhi zonal of the quiz. Another team from Ashoka represented by Shigraf and Kanishk finished runner up.

Ashoka University was the International Champions of the quiz in 2019. The Vice C