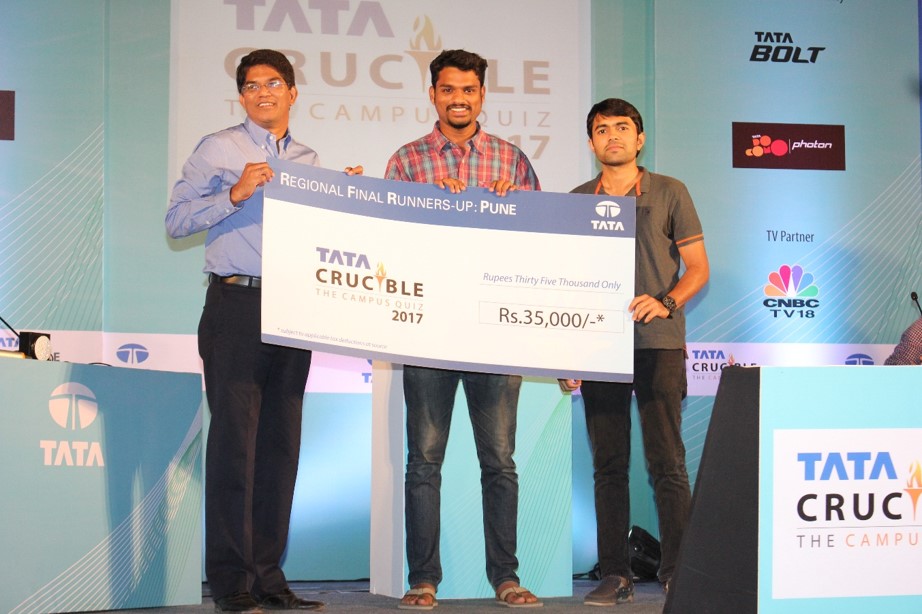 With over 400 students in the auditorium, the energy levels were high even as Pickbrain just started to unfold his questions. A very broad based set of 20 questions tested the teams in the prelim. The following six made it to the final.

The final quickly transcended into a three-way battle as the Balaji teams tried to gain ground early and missed out. They could never really recover from the negatives they took. The engineers in the making from Rajarshi, AFMC and SIBM were all on par but the engineers lost out, over time, taking some half chances.

The AFMC duo played strategically and did not take a single negative. This stood by them as the pressure mounted on the other teams. SIBM chased AFMC for a while but when they realised it could be a futile attempt, they held back smartly to settle for the second place. AFMC went on to register their ever title win at a Tata Crucible from Pune.

The guest of honour, Prof. Parandhaman, Principal Director, Sri Balaji Society, spoke of the importance of such learning platforms and gave away the prizes to the top teams.