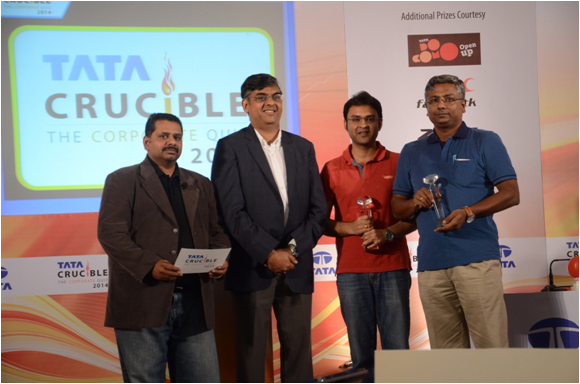 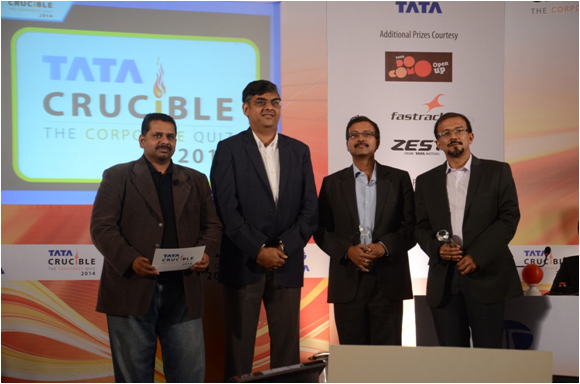 The East Zone final of Tata Crucible featured several veteran teams, national defending champion from Vizag and a couple of first time challengers who had made their mark at their respective regionals. It meant an air of uncertainty with this mix of teams.

The final was a very intense battle from the very first question with Bokaro Steel starting with a negative. Into the first few questions and it was Vizag Steel blazing all guns as they gained and lost points hitting the buzzer often on half chances.

The Kolkata champions TCS were also moving forward as were the professors from XIMB. The quiz also witnessed come back attempts by Bhilai Steel and Bokaro Steel but neither were able to sustain the momentum long enough.

In the final phases of the battle it was a desperate Vizag Steel keen to get to the national finale trying to get themselves out of repeated mistakes they made losing ground after scoring well over 200 to lose all them as the professors played it calm and did not take any negative much like the dup from TCS who also scored handsomely without negatives.

With the national champion falling, it was TCS and XIMB that marched into the nationals from the east zone. The guest of honour Mr.R N Murthy MD TM Logistics appreciated the teams for a fantastic display of quizzing and gave away the prizes.