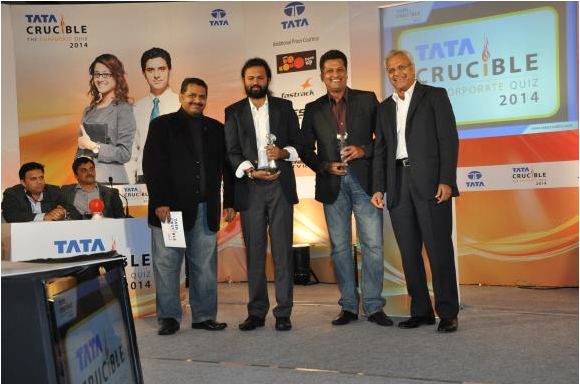 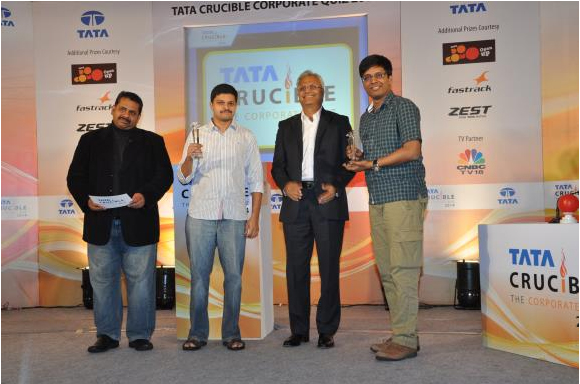 The western zonal finale of Tata Crucible has always been a tricky platform as top teams have failed in the past to overcome this hurdle. The 2014 edition had also seen new teams making it to the finals at several cities creating an unknown factor for many.

The zonal finale was an absorbing battle as most teams took their time to settle in, spare the duo from Endeavor, who were blazing all guns from the first question putting the pressure on all the others. Soon enough the other teams realised they were battling for the second slot, which would also take them into the national final and played accordingly.

A combination of outstanding research and timely wit from the ace quizmaster kept the audience glued to their seats, as they watched a pitched battle unfold. The Barclays team did well in bursts but could not maintain the momentum, while the duo from Tata Industries and Savoir Faire, the Goa champions both with an equal chance to make it, kept at it. In the meantime, the Endeavor duo had amassed an unassailable lead.

In the final questions the Tata duo held their nerve to go through to the national finale, even as the quizzers from Goa tried their best to close in but fell short by a fraction.

The guest of honour Mr.Arvind Sethi, MD and CEO, Tata Asset Management Limited drew a beautiful and timely reference to the Berlin Wall coming down 25 years ago, seeming like an incident of the recent past to remind youngsters that time will fly past faster than one imagines and they should make the best of it.