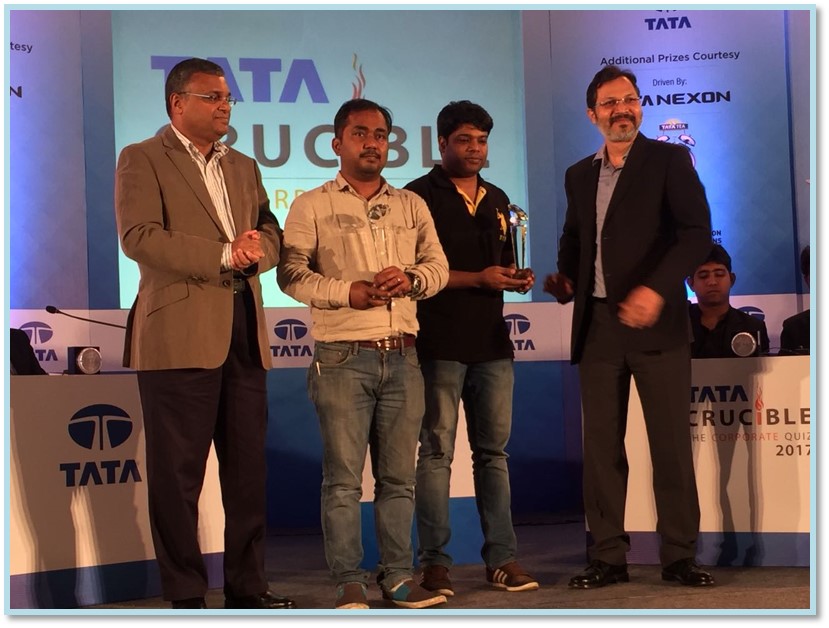 The East Zone final of Tata Crucible featured a good mix of young quizzers winning their first corporate quizzes and veteran quizzing teams, with a former national champion team from Vizag also in the fray. This mix meant that there was an air of uncertainty with regards to who would go through from the Eastern terrain into the National Finals.

The final was a very intense battle from the word go with Capgemini, the Kolkata champion, starting with a negative. Into the first few questions, Bokaro Steel went into the lead as they with some good hits on the buzzer.

In the second phase, NTPC, Serapis and Capgemini were also moving forward as were the steel major from Bokaro. The quiz also witnessed come back attempts by Tata Sky and Vizag Steel but neither was able to sustain the momentum long enough.

In the final phases of the battle it was Capgemini that moved ahead and stayed on top with the logic that they could not finish third from where they were. On the final question, the Bokaro Steel team went for the buzzer, took their chance and won a slot in the national final.

The chief guest, Vinaya Verma, CEO mjunction, and the guest of honour Mr.Suresh Menon, VP and Head East Operations, TCS appreciated the teams for a fantastic display of quizzing and gave away the prizes.