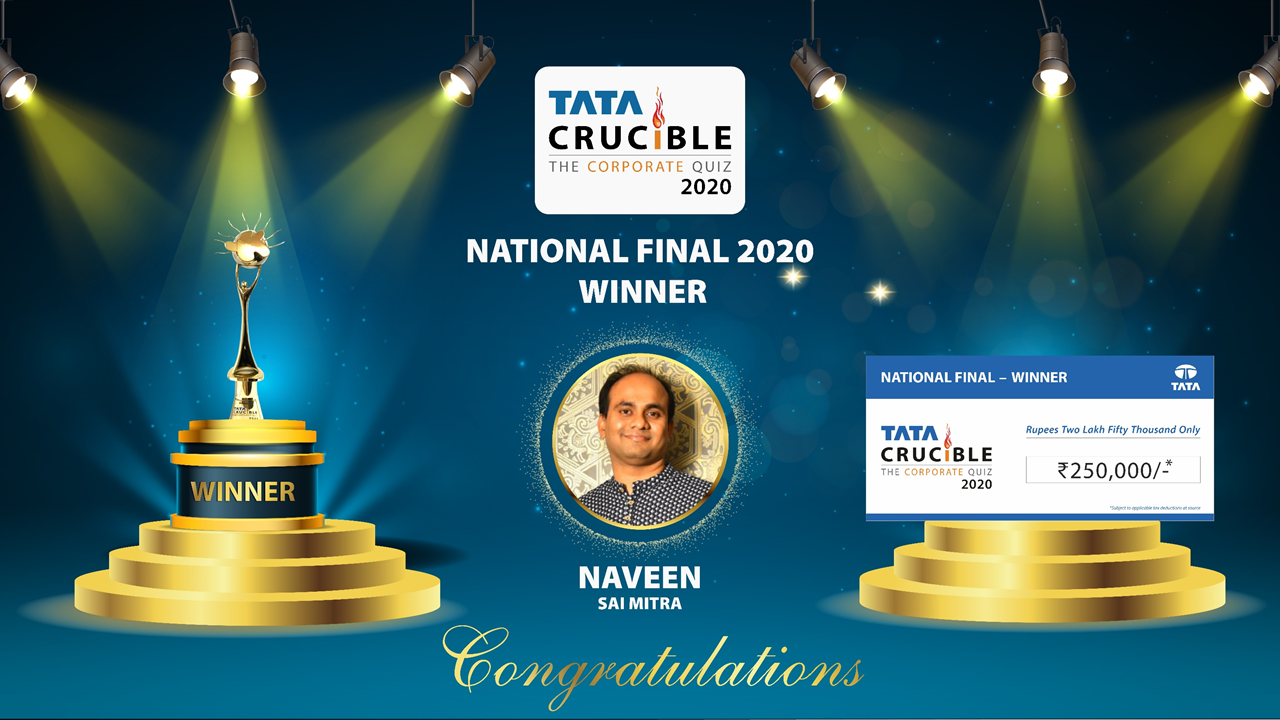 The national finale of the first ever totally digital Tata Crucible was a super hit. Pickbrain was at his absolute best reserving some of his best questions of the season for the finale. It was quick, tense and tough as one of the finalists aptly summarised it.

The six who were part of the national finale were:

The battle was fascinating and close for a while before Naveen Kumar blazed away to an unassailable lead. This is the second national title for Naveen, the Hyderabad based quizzer who is known to be a powerful player especially on the buzzers. The second place was a tight affair between three former national champions, Rohan, Aniruddha and Jayakanthan. Rohan in his attempt to find his way back into the quiz lost out towards the end to finish third, while Aniruddha and Jayakanthan finished joint second. Interestingly, Aniruddha and Jayakanthan are team-mates from the pre-pandemic era and have been national runners up together. All the finalists truly appreciated the format, the effort of the quizmaster and his team to pull this off in these circumstances.

The chief guest for the national finale, Mr. KRS Jamwal, Executive Director, Tata Industries spoke brilliantly to underline the need for a group like the Tata’s to support something as simple as a quiz to ensure the wheel keeps moving. He also spoke of the need to be ready to change and better prepared for the future, including the next pandemic. He importantly spoke of the need to address the planet with greater concern and consciousness as we embrace the post pandemic times.