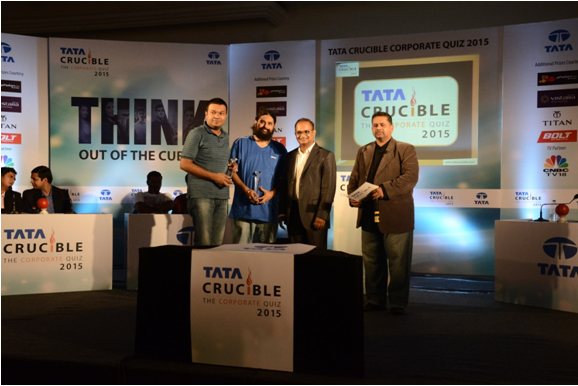 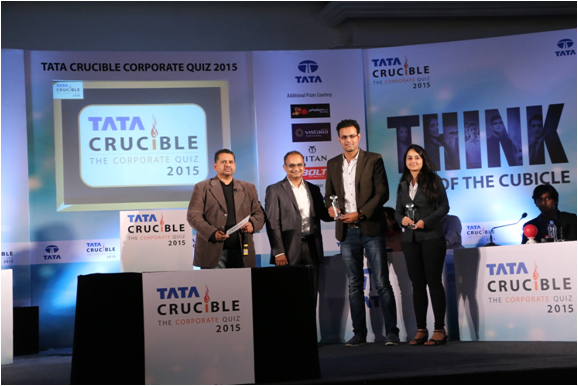 The finale zonal round at Mumbai was a thriller as six champion teams from across the region fought a tough and tight battle before two of them could make it to the national final. The quiz itself was researched at a distinctly different level as compared to the city rounds, something the audience thoroughly enjoyed.

The final was an interesting combination of teams many of whom had won their city rounds for the first time or had upset well known teams from their region. The game was tight from the beginning, Saregama going into an early lead, only to be their own competition at times, taking negatives that could well have been avoided.

The team from Adicent looked good in bursts but could not hit a rhythm that could take them ahead. The teams from Persistent and Idea Forge also struggled to find the form they displayed in their respective regional rounds.

The team from Infosys and L&T looked sharp but the former took way too many negatives to be able to make any real progress in the final going one step forward and at times, two steps back. The L&T duo played it smart and starting hedging on the fact they may not be able to catch up with Saregama but could easily hold their score to no finish third.

The strategy worked for them as Saregama closed the quiz with very good answers while L&T ensured they had enough to get to the national stage.

The chief guest Dr Gopichand Katragadda, Group Chief Technology Officer, Tata Sons appreciated the teams on a splendid performance and encouraged them to quiz, not to win, but to make it a continuous learning tool.