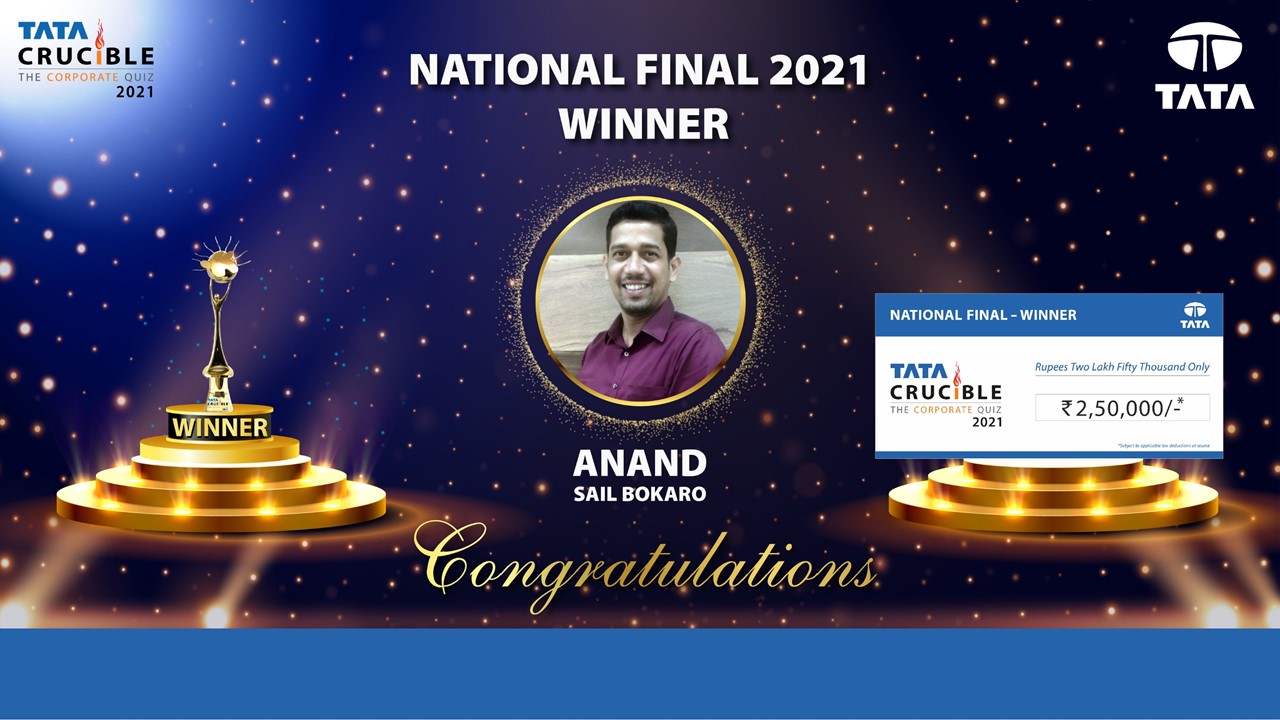 The national finale of Tata Crucible for corporate executives 2021 was an outstanding fare of brilliance and tactical play. To his credit, quizmaster Pickbrain had lined up some of the best gems for the occasion that brought together the six bests of business quizzing from across India for this year on the same platform.

The six who were part of the national finale were:

The final witnessed a tight battle as the contestants were quite evenly placed. No one really seemed to dominate in the first half albeit Kapinjal and Anand getting ahead of the rest. It was Aniruddha who had a rare off day as his attempts on the buzzer led him into the negatives. Sethu Madhavan came up with stunning strikes but lacked the momentum to keep going.

Two former champions in Jayakanthan and Rohan looked very threatening till the very end but could not string together a few more answers that were required to challenge the top two. It was Anand who took some quick strikes to get ahead of everyone with Kapinjal towards the end, the only one who could have challenged him. Anand, to his credit, kept scoring and thereby stayed ahead to win his first Tata Crucible crown.

He spoke with remarkable humility on how the rest of the competitors were people who actually inspired him and that it was perhaps just his day.

The chief guest Mr. T.V. Narendran – MD and CEO Tata Steel, congratulated all the contestants and underlined how the pandemic had taught everyone to recalibrate and rebuild in ways one had never imagined. He also spoke of how Tata Crucible, which has its origins in the steel city of Jamshedpur, is in some ways a reflection of what the Tata group stands for and the way they choose to connect with youngsters.