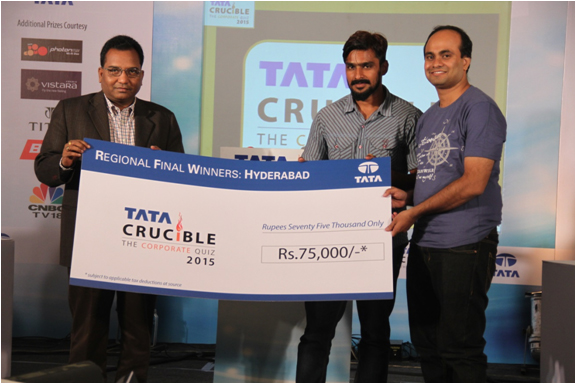 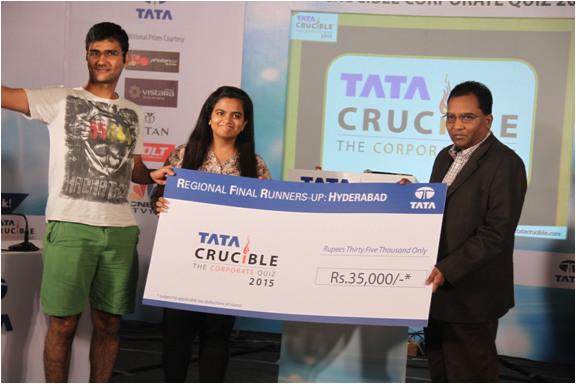 A quiet Sunday afternoon at Hyderabad is not normally a setting for cerebral action. However, this weekend was different. Over 250 people flocked to the Taj for the city edition of Tata Crucible. The quiz has always been popular here attracting large audiences with each passing year.

The prelim had a lot of ‘trap’ questions which got the better of the teams who all felt they could have scored a few more, as the quizmaster gave out the answers after the prelim. The top six teams that made it were:

The final started with a couple of negatives from teams who seemed a little rattled by the format. The one team that showed no such signs of nervousness was Sai Mitra Constructions, cracking questions with remarkable speed, backed by tremendous preparation that was evident.

While all teams became mere spectators to an astonishing display of powerful quizzing by Sai Mitra, the battle for the second place became interesting with the quiz inching towards a close. In a nervous finish, the duo from Google of Ananya and Hari Shenoy got past the others to finish runner up while Sai Mitra finished with a score of over 400.

Mr. Rajanna, VP and Regional Head TCS Hyderabad, Global Head Telecom technology was the guest of honour, who gave away the prizes to the winning teams.