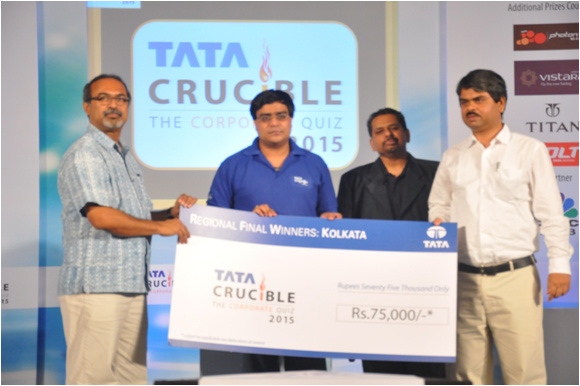 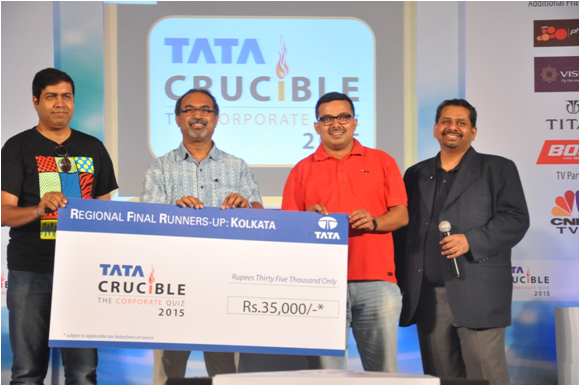 The Kolkata edition of Tata Crucible was arguably one of the toughest city rounds thus far. The quizmaster pegged the prelim several notches above the cities, indicating that the finals to follow would also be of a tall order. The finalists were:

The final started with Lafarge dominating the quiz early on with some good answers. The team from Capgemini also did well but took too many negatives to be able to make any progress. The IBM and Tata Steel teams scored on and off but could not hit a rhythm or find momentum to surge ahead.

In the latter half of the quiz successive answers of supreme brilliance from mjunction saw them suddenly catch up with Lafarge who went dry on their answers for a while giving others a chance to catch up with them.

It all came down to the final round where mjunction went for the kill and got themselves into the eastern zonals. Mr. Abraham George Stephanos, MD, Tata Steel Processing and Distribution, was the guest of honour.