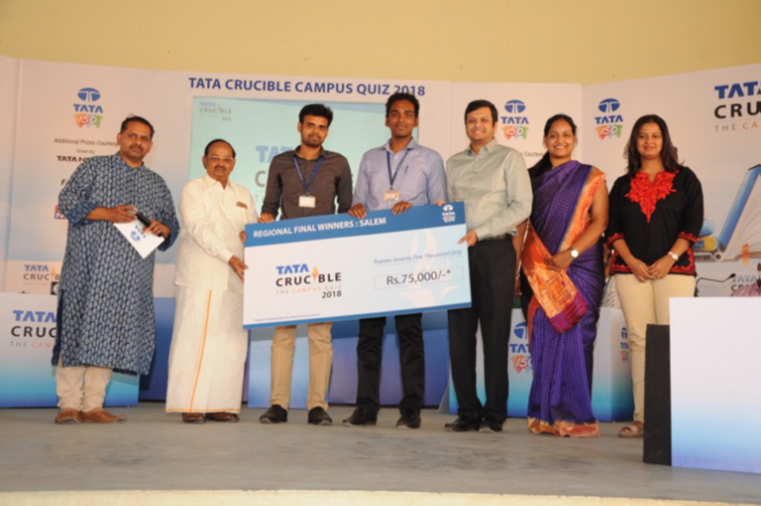 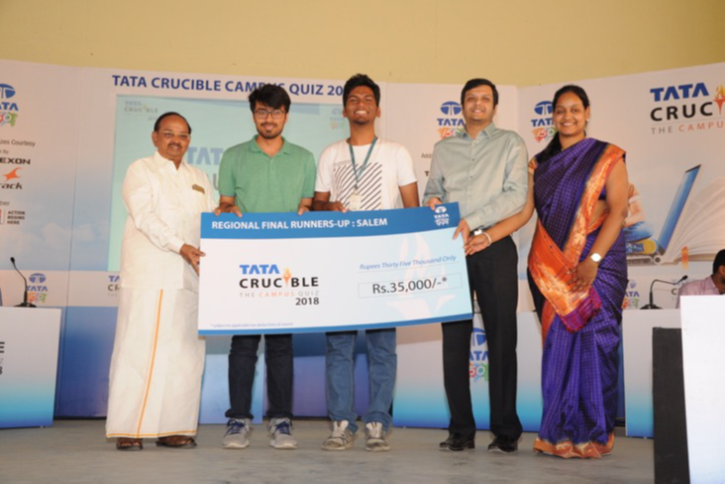 The city of Salem, was abuzz at the NSIT campus with over 800 students attending the quiz. The prelim, hosted by Ms. Rashmi Furtado, saw many girls cheering her as she offered interesting clues for all the teams to crack the prelim posers. Teams from across Salem and Vellore were present and the following six made the cut.

Quizzing standards have been rising amazingly in one year, quipped seasoned quizmaster Pickbrain who hosted the finale with his typical style and wit. The teams from Sona and VIT were off in a flash and clearly indicated a head-on battle.

However, as the quiz moved along it was the girls from KSR who showed great resolve and came back into the battle closing in on VIT. However, after the next couple of rounds it was back to a VIT and Sona battle with the latter really playing it tight to win another crown.

The prizes were given by Mr. Nitish Harihar, Chairman, NSIT. The other management members of the college were also present. Mr. Nitish appreciated the Tataâ€™s for nurturing cities like Salem and pointed to how this quiz has helped the whole city come alive to quizzing.