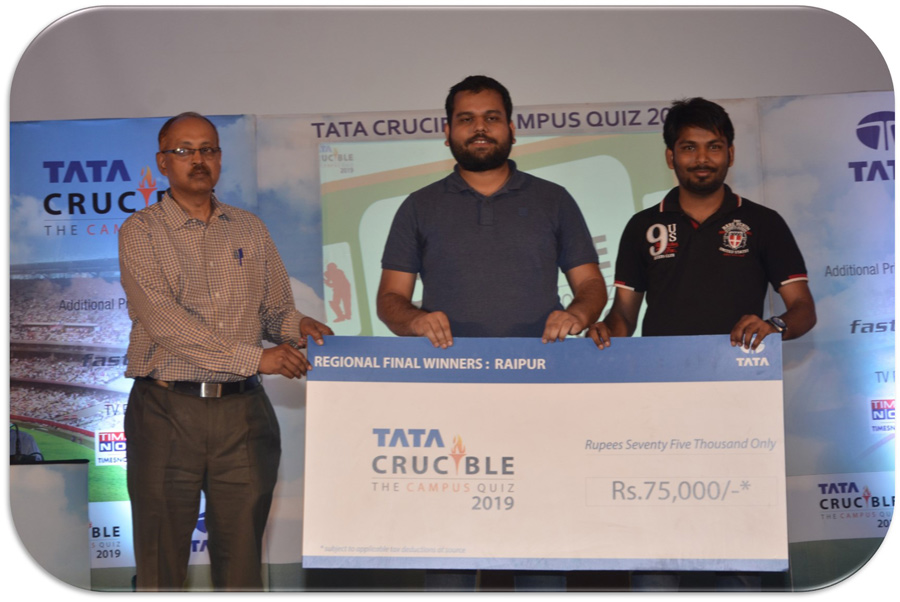 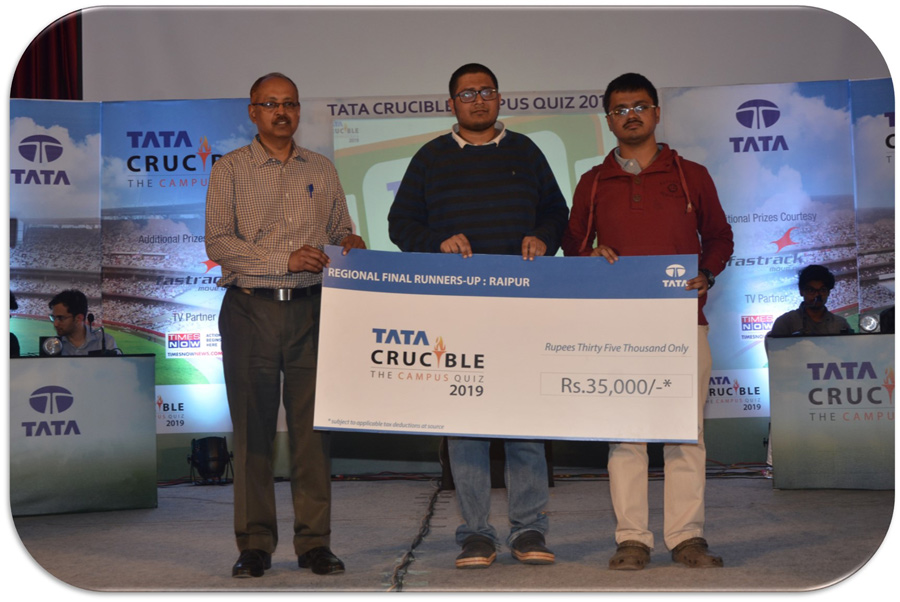 The 12th game of the 2019 campus edition of Tata Crucible was held at Raipur. The match had close to 300 people playing the prelim. The prelim, hosted by Ms. Rashmi Furtado, was well balanced and gave all teams the chance to score. The top teams that made it was:

Later, ace quizmaster Pickbrain takes charge and set the pace for the final. It saw the NIT team get off to a quick start while all the others played safe and hedged at low scores even as they got their answers right. That did not help the cause of the teams as NIT kept playing at higher values and were increasing their lead.

As the quiz progressed only the team from IIM With Arko and Shashank looked like challenging NIT but that too did not last long as the former started playing safe to protect a second place for themselves.

NIT won the title back after a couple of years as the IIMs have been dominating this city for a while. The final was witnessed by an enthusiastic crowd that cracked many audience questions and won handsome prizes. Prof. Parihar, of GEC Raipur, gave away the prizes.