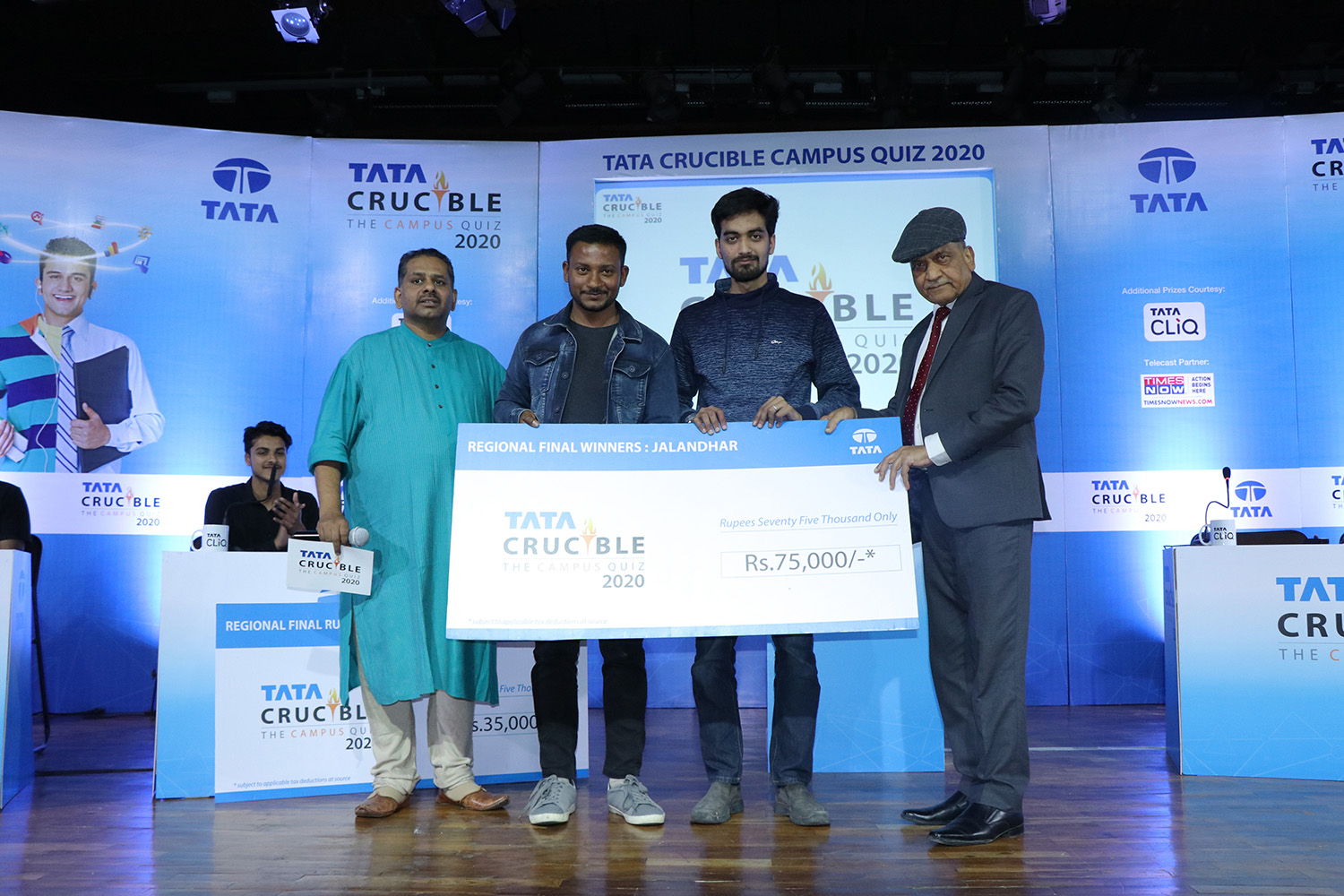 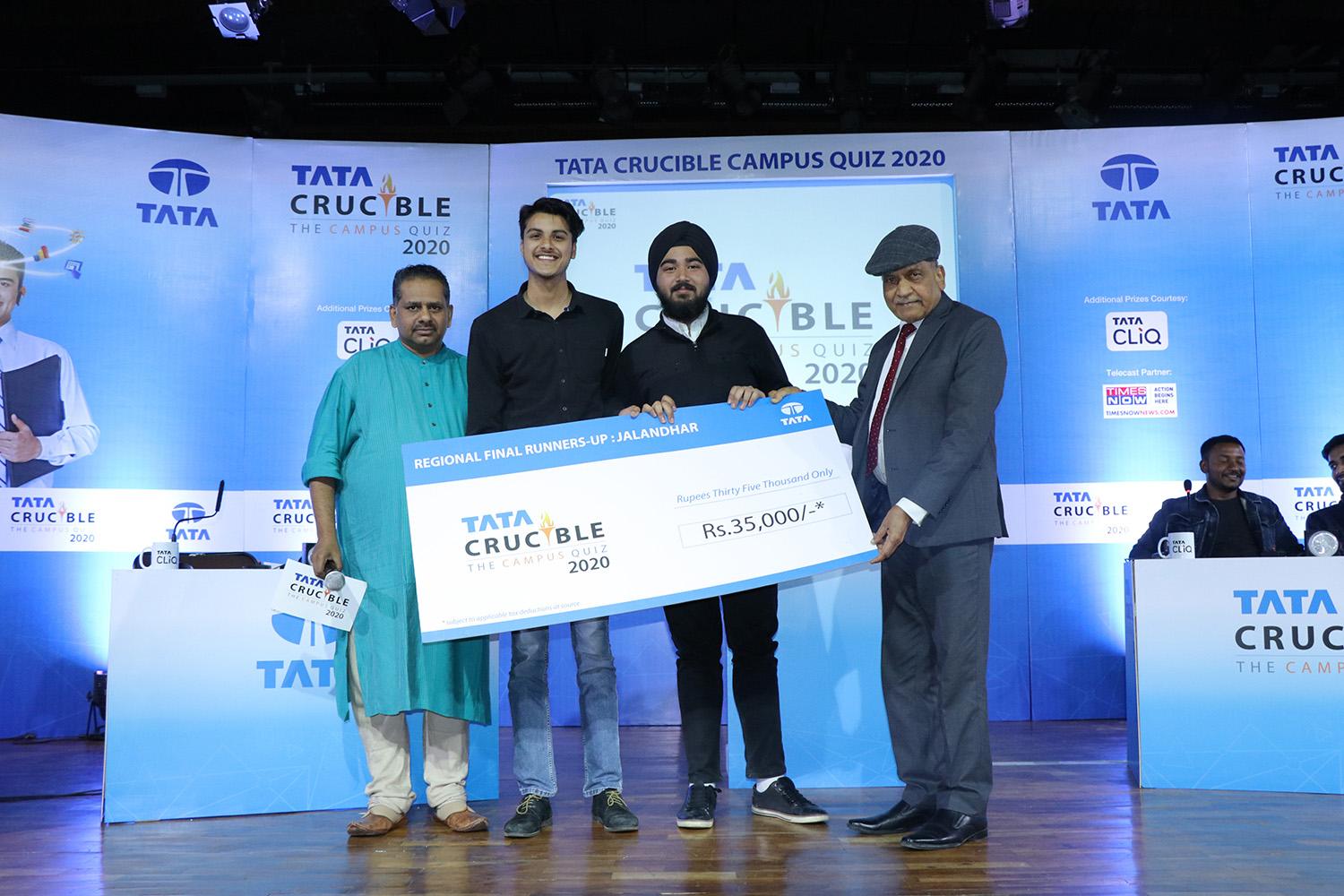 Over 1200 students were part of the Jalandhar edition of Tata Crucible. With hardly any space in the auditorium, quiz host Ms. Rashmi Furtado managed the huge crowd brilliantly with her witty remarks. She was also brisk with the questions which turned out to be an entire set of visuals. The teams that progressed were:

Quizmaster Pickbrain took control of the final and continued with the brisk pace that was set earlier. SCD Government College from Ludhiana played brilliantly to get off to a lovely start and quickly established a substantial lead. All the other teams kept trying to catch up with them right through the quiz.

At some stage, mid-way through the quiz, it became evident that SCD would win the final (which they did) and it would be a battle for the second place. As the quiz ended, three teams were locked in a tiebreaker. These were NIT Jalandhar, LPU Jalandhar with Rishav and Rownak and Sri Aurobindo College Ludhiana.

The Aurobindo team took their chance on the tiebreaker question and won a memorable runner-up position for themselves. What it also did was for the first time in the history of this quiz, teams from Ludhiana had swept the final at Jalandhar. The guest of honour was Mr. HR Singla, Director General LPU. He congratulated the teams and gave away the prizes.