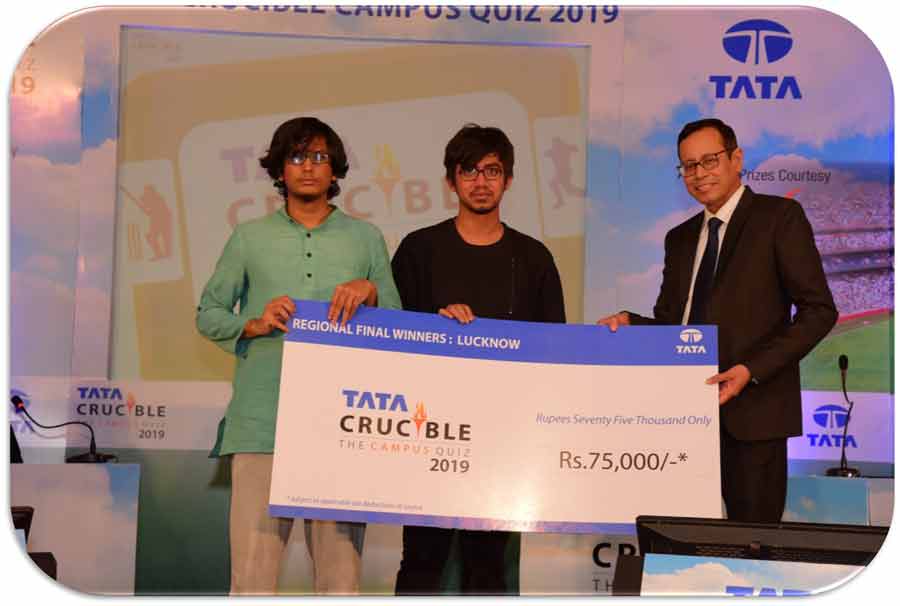 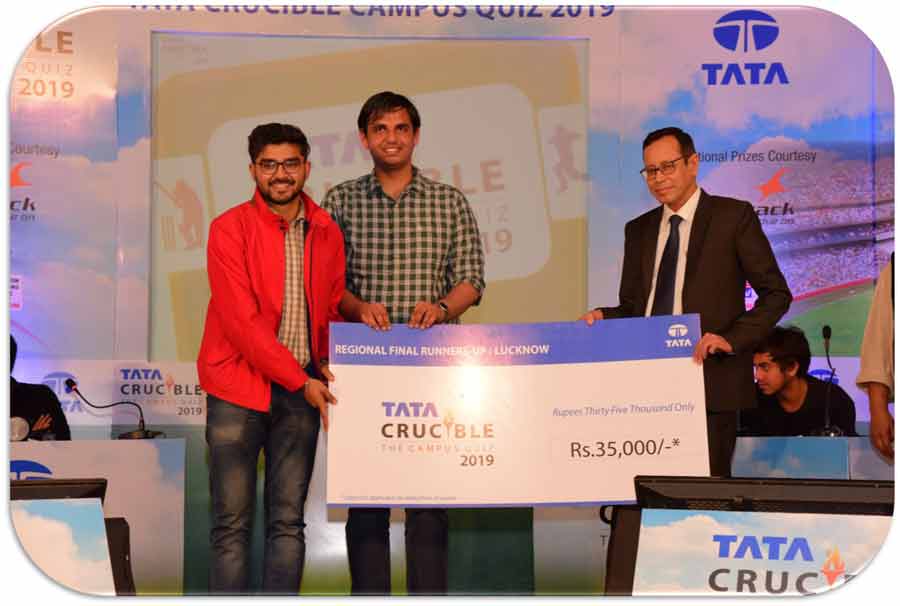 The first UP game of the 2019 campus edition of Tata Crucible saw over 200 people part of the Lucknow match. The questions by Ms. Rashmi Furtado, in the prelim, were sure a notch higher than the other cities, but she offered a lot of help with her clues some of them cryptic and smart to set the tone for the afternoon. The super over witnessed a close battle between the IIM teams who dominated it, leading to the top six teams in the finale.

The finale of the quiz saw IIT Kanpur blaze their way into the lead with some quick hits. The team that tried to challenge them briefly were from HBTU and IIM, but Anshul and Pradunma kept the momentum to stay ahead. As the quiz progressed their confidence increased as they won with comfort.

While IIT Kanpur won a memorable victory, only the second time ever in history that IIM Lucknow has lost at Lucknow, it was a tight battle for the second place which the lawyers eventually won.

The guest of honour, Prof Neeraj Dwivedi of IIM Lucknow, spoke of the importance of such platforms and also underlined how what you learn in class is learned by everyone else, what you learn outside and from peer groups is what differentiates a person.