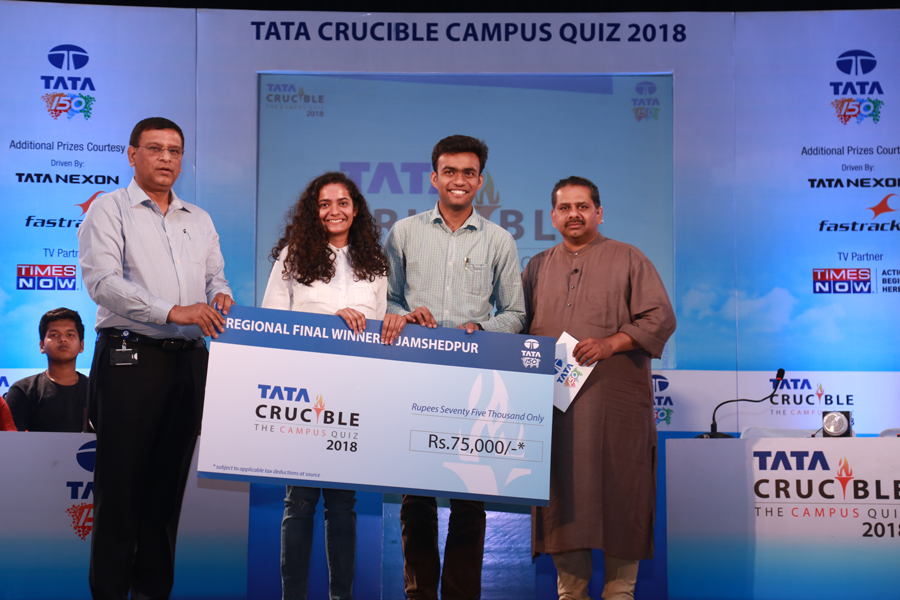 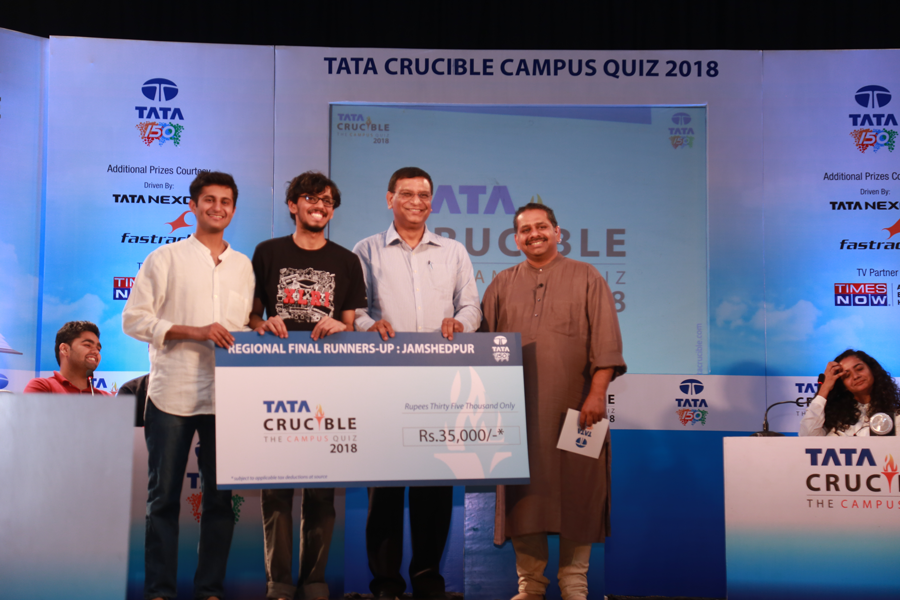 The city of Jamshedpur was abuzz as it played host to Tata Crucible. Adding to the excitement was the fact that it is the current national champion’s city with NIT having won the crown in 2017. That reflected in the quality of the prelim as well, with Ms.Rashmi challenging the teams with posers that made them think.

The finale was a thriller with all teams buzzing and no question going unattempted. The battle after the first couple of rounds drifted towards a two-team battle, between XLRI (Ashwin and Sahil) and NIT (Swapnil and Arun).

It all came down to the final question with NIT, 50 crubits behind XLRI. They went for the final poser and cracked it to win a memorable final. Interestingly, it was under very similar circumstances that they had lost the final a year ago to their seniors from NIT on the final question. The quizmaster aptly summarised it as ‘history repeating itself’.

The guest of honour was Mr.Rajesh Chintak, Chief HRM (Engg and Projects) Tata Steel. He spoke of the importance of sharing knowledge and creating a resource pool of talented youngsters for the future of our nation.