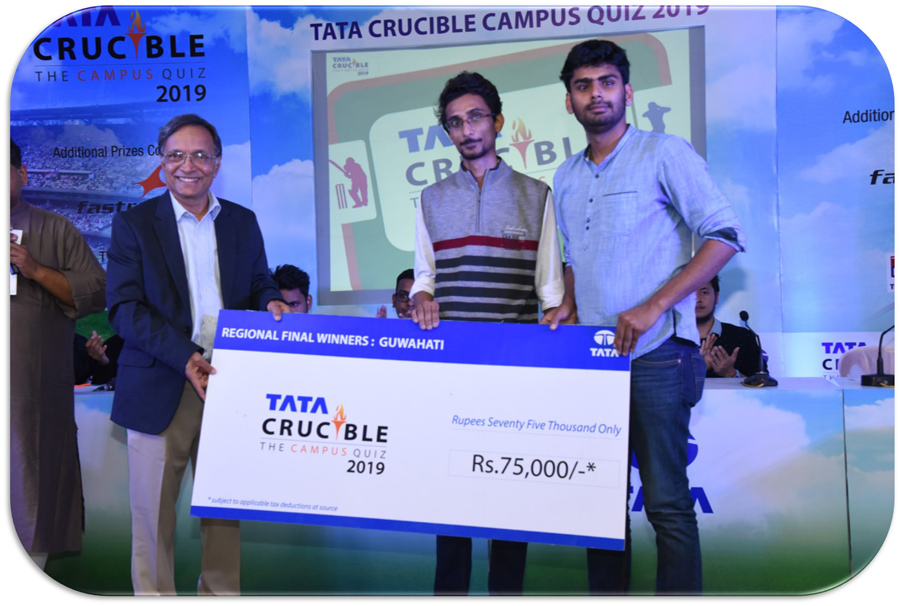 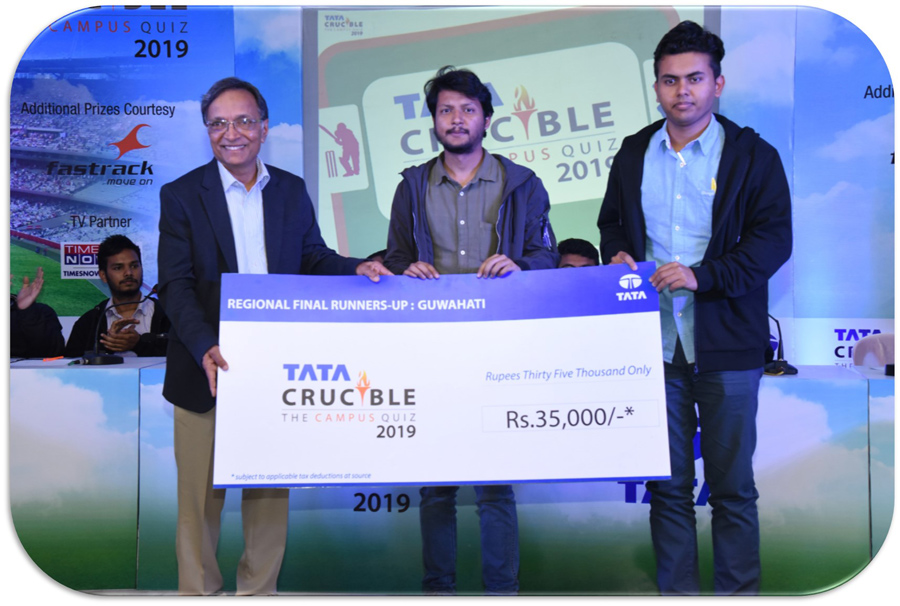 Guwahati has always been a city of immense talent. The match this year was no exception as it went down to the final two balls with four teams with a fair chance to win the game. Earlier in the day, Ms. Rashmi Furtado presented a tough prelim to select the teams for the super over.

In the super over the witty quizmaster, Pickbrain tested the teams with his armoury of questions, leading to the two Tezpur teams making it to the finale. It was the first time Tezpur had three teams in the final, which was appreciated by the quizmaster.

The final witnessed a massive battle of wits and nerves. It was the Tezpur team of Abhijith and Siddharth, who went into the lead early and set the tone for the game. The IIT team too hit early but played on low scores something that would come back to hurt them in the end.

The Cotton Univ team stayed on course with the other team from Tezpur represented by Debasish and Biswajit also staying the course with them. As the game moved from one over to the other the nerves started to build up and some calculative gambles were played by the teams. The duo of Abhijith and Siddharth kept the quiz tight even as it went into the final over.

In the end, it was Abhijith and Siddharth who got the better of both Debasish and Biswajit Saha from their own college and the team from Cotton Univ, which lost out on the final question. The IIT duo missed out too but came close and had a fair chance to win at least the runner-up title, which eventually went to Debasish and Biswajit.

The chief guest, Dr. B.C.Gosawmi, the Vice Chancellor of Cotton University appreciated the teams on their wonderful performance and advised them to cultivate a good reading habit to be successful at all times.