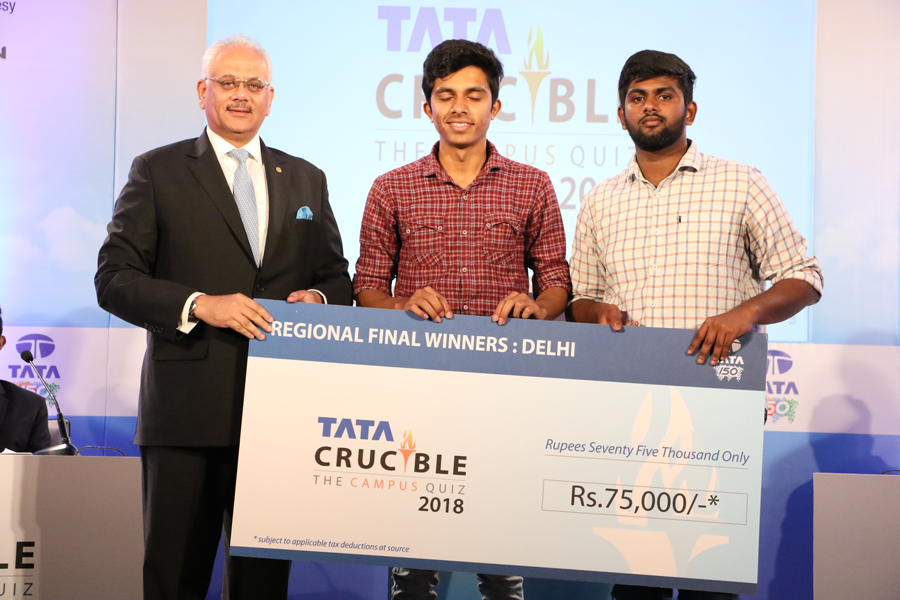 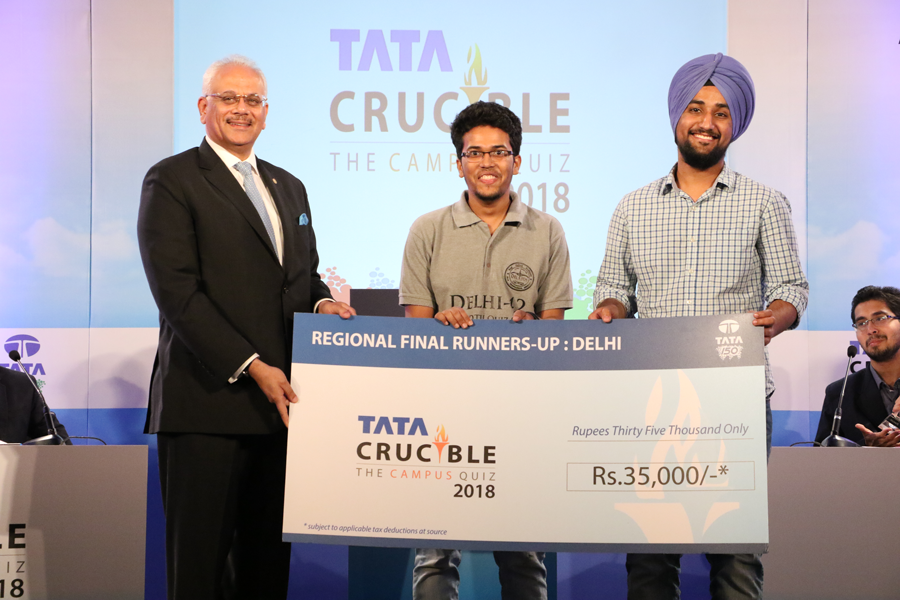 The national capital witnessed a tense prelim, hosted by Ms. Rashmi Furtado, where teams preferred no additional clues and backed themselves to crack the tough ones. The balance and spread of the prelim across various industries was well appreciated. The teams that made it to the final were:

The final was a very competitive battle from the first question. SRCC, DSE, DTU and IIFT were all locked in a tight close contest. The second half of the quiz was where it became a two-way battle with DTU and SRCC and on the final question the latter won the quiz.

The DSE team too did their best but missed out narrowly. Quizmaster Pickbrain, who anchored the final, observed that this was the first time SRCC was winning and the number of new colleges was fantastic and good for business quizzing in the region.

The guest of honour Mr. Rohit Khosla of Taj Group of Hotels, congratulated the teams and gave them their cheques.