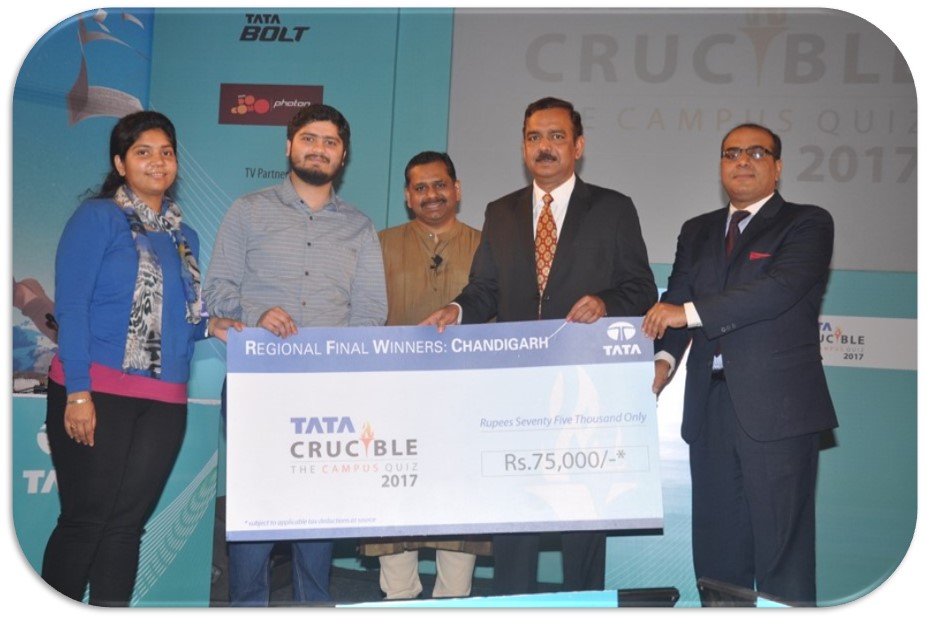 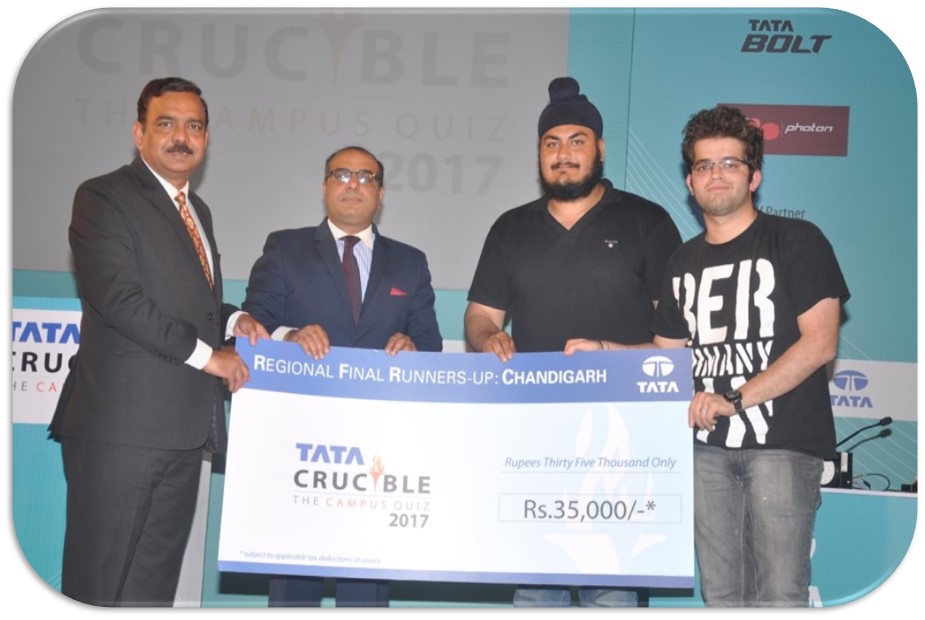 The beautifully planned city of Chandigarh came alive for an edition of Tata Crucible. Over 200 contestants were part of an interesting prelim that led to the following six who made the cut.

Quizzing of this order is not new to this city and colleges compete with each other with great intensity. The final was well balanced with all the teams doing well in the initial levels of the quiz.

If it was ISB that led early on, it was Thapar University with Soham and Rajenki that went ahead in the middle phases. It was towards the end of the second phase that the duo from UBS struck multiple times on the buzzer to get ahead of the rest. After that they played prudently to not take any undue risks.

On the final questions of the quiz, the duo of Abhishek and Harjas from Thapar University took big risks that paid off giving them the runner up title.

The chief guest Mr. Venu Prasad (IAS), Chairman, Punjab Electricity Board, applauded the teams and advised them to capitalise on the advantages of the city they were in which provide a great impetus to education.