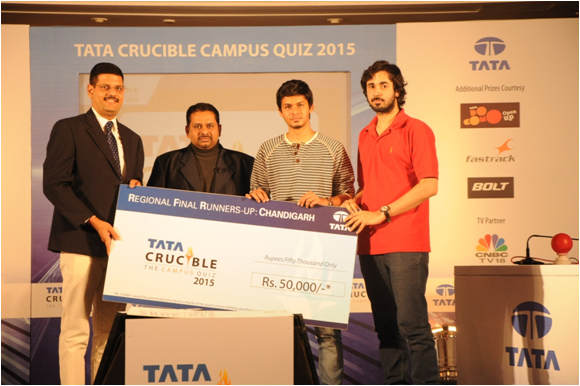 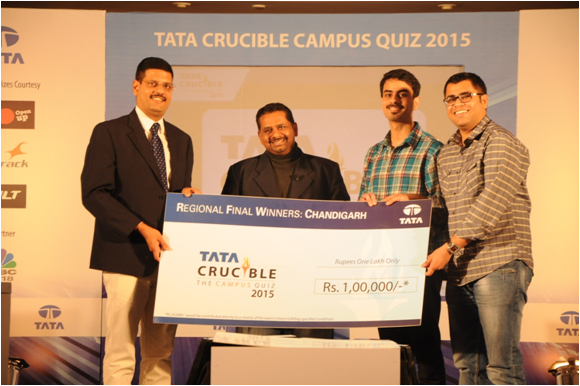 “Chandigarh is a very good city for Tata Crucible with immense talent and high quality teams” thundered quizmaster Pickbrain as he commenced proceedings and belted out his volley of questions. A swift prelim and we were underway into the final with the following six teams on stage.

The format of the final based on his new format of runs and like the shorter version of the game, even a few mistakes could cost a lot and the game can change in one over, he cautioned. The questions were absorbing and the nice thing about the new format was to give two teams a fair chance on each question. The ‘Powerplay’ and ‘Freehit’ were innovations that kept the teams and the audience at the edge of their seats.

The final was a very competitive battle from the first delivery. As the overs went by all the teams scored well and with one final over to go the quizmaster said “After so many cities this year, it is the first time all six teams have a chance to win the quiz with one over left”. The tension was palpable as IISER tried to inch ahead and made some crucial mistakes.

It was here that the team from Panjab University not only came up with some really brilliant strikes, in succession, to stay ahead of the rest but also ensured they took no negatives to win the game. The duo from Army Inst. Of Law did well towards the end to finish runner up but could have easily won the day had they reduced their negatives.

The guest of honour Mr. Nikunj Sharma, COO Tata DoCoMo North region, a Tata Crucible finalist himself, appreciated the teams and gave them their prizes.